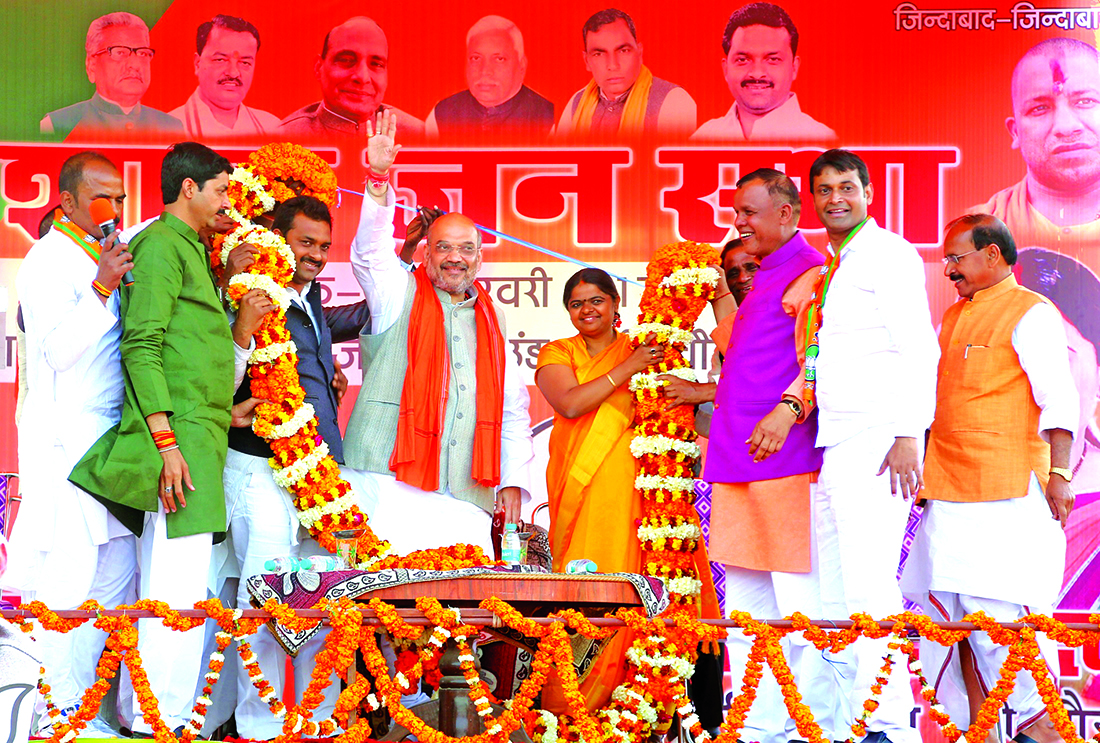 BJP rally in Chauri Chaura (UP)

Until and unless KASAB is laid to rest, development and prosperity will continue to elude this state. In other words, it means that the state may have to languish further, if there is no respite from these political parties, he said.

Targeting the ruling SP, Shri Shah said the Akhilesh Yadav government had made UP the “No.1” state in cases of murder, rape, dacoity, kidnapping and extortion. He said every day in the state, 23 women are either raped or subjected to atrocities.
He told the huge gathering that the SP was aware it was going to lose the elections and had, therefore, struck an alliance with the Congress. “They have accepted defeat,” he said.

He took a swipe at Akhilesh Yadav and Rahul Gandhi, calling them SHEHZADE who appear on TV every day, both with similar clothes and smiles.

Shri Shah said only a BJP government under the leadership of Shri Narendra Modi can develop the state. He said Shri Modi is also a Poorvanchali and Chauri Chaura is in Poorvanchal, the eastern region of UP. Varanasi, the Lok Sabha constituency of the Prime Minister, is also in Poorvanchal. Therefore, development is only possible under his leadership.