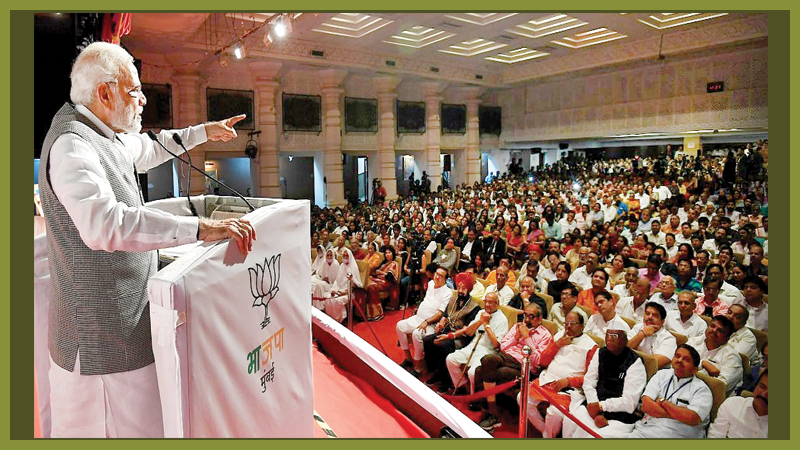 PM Shri Narendra Modi hit out at the Congress party and the Gandhi family on the Emergency Anniversary, saying the draconian measure (Emergency) was a “sin” of that party and the Constitution was misused for “one family”.

Speaking to party karyakartas at a programme on the Dark Days of Emergency in Mumbai he said, “Emergency was a black spot on democracy.

Marking its anniversary as black day is not just to criticise the Congress for its sin of imposing Emergency but also to make the present and future generations aware of what transpired and to learn lessons to protect the Constitution and democracy,” Shri Modi said. Eternal vigilance is the price of liberty, PM Shri Modi stated, while reiterating his government’s commitment to safeguarding the Constitution and protecting democracy.