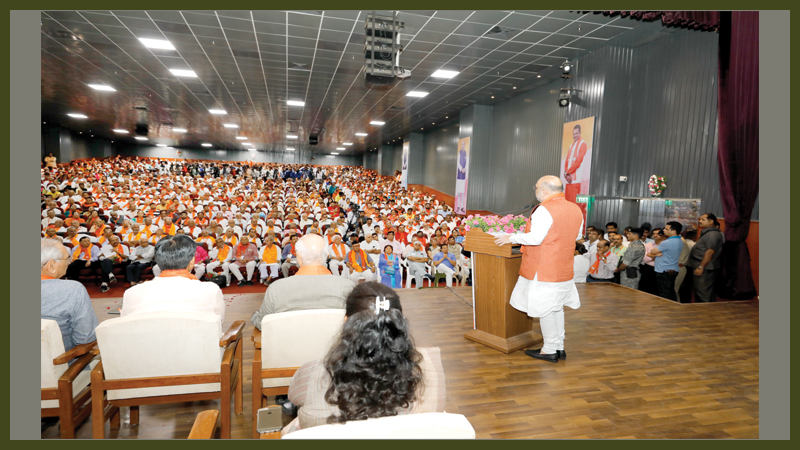 Bharatiya Janata Party National President Shri Amit Shah on 26 June, 2018 hit out at the Congress party as the country marked the anniversary of the imposition of Emergency in 1975, stressing that India has deep roots in democracy. “India has deep roots in democracy… not one but 100 Indiras cannot shake it up through Emergency,” the BJP President said while speaking in Ahmedabad, Gujarat.

“People who talk about Independence today don’t remember the time their ancestors ruled and how freedom of newspapers was curbed then. Akaashwani was made ‘Congresswani’,” Shri Shah said, recalling the Emergency days. He described Emergency as a black mark on India’s democratic history, saying his party doesn’t want people to forget the dark era and “that is why we will repeatedly remind them” about it.

The BJP President said June 26, the day when Emergency was imposed in the country in 1975, will be remembered as a Black Day to honour the bravery of those who were jailed for 21 months.

Hitting out at those who level allegations of freedom of speech and expression being curbed under the present regime, Shah asked whether these people really care about the country’s past and history. He recalled that legendary Bollywood singer Kishore Kumar’s songs were also banned during the Emergency days because of Congress leader Sanjay Gandhi. Recalling the contribution of RSS and Jan Sangh leaders and workers, Shri Shah said most of them worked against the Emergency and even went to jail.