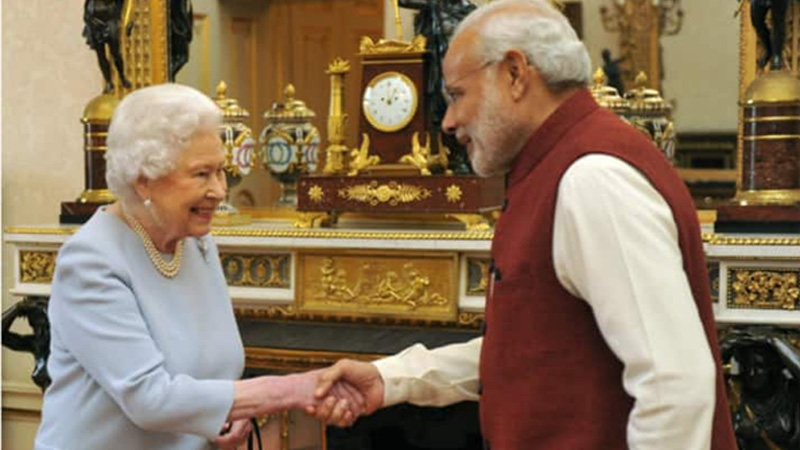 Her Majesty Queen Elizabeth II, United Kingdom of Great Britain and Northern Ireland, passed away on the 8th of September 2022. As a mark of respect to the departed dignitary, the 11th of September was officially observed as State Mourning Day throughout India. On the day of Mourning, the National Flag was flown at half mast throughout India on all buildings where the National Flag is flown regularly, and there was no official entertainment on the day.

On the demise of Queen Elizabeth II, Prime Minister Shri Narendra Modi said in a tweet, “Her Majesty Queen Elizabeth II will be remembered as a stalwart of our times. She provided inspiring leadership to her nation and people. She personified dignity and decency in public life. Pained by her demise. My thoughts are with her family and the people of the UK in this sad hour.” Recalling his memorable meetings with the queen, PM Shri Modi said, “I had memorable meetings with Her Majesty Queen Elizabeth II during my UK visits in 2015 and 2018. I will never forget her warmth and kindness. During one of the meetings, she showed me the handkerchief Mahatma Gandhi gifted her on her wedding. I will always cherish that gesture.”