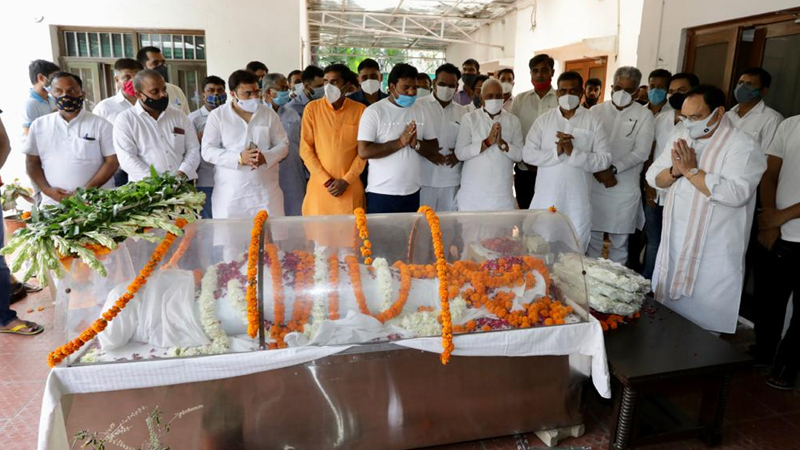 Former BJP MP from Sant Kabir Nagar Shri Sharad Tripathi (49) passed away on 01 July , 2021. He is survived by his wife, two daughters and two sons. Shri Tripathi was elected as a member of parliament from the Sant Kabir Nagar Lok Sabha seat, Uttar Pradesh in 2014.
Prime Minister Shri Narendra Modi, BJP President Shri JP Nadda and other senior leaders condoled Shri Tripathi’s death.
In his message PM Shri Modi said. “Shri Sharad Tripathi’s untimely demise has left me as well as many others saddened. He loved serving society and working for the downtrodden. He made unique efforts to popularise the ideals of Sant Kabir Das Ji. Condolences to his family and supporters. Om Shanti,”
BJP National President Shri JP Nadda also expressed shock and extended condolences to the deceased’s family and supporters. “His death is an irreparable loss to Uttar Pradesh and the BJP. May his soul rest in peace. In this time of grief, I express my heartfelt condolences to the family members,” he said.
Union Home Minister Shri Amit Shah said Tripathi’s demise is a big loss to the party.
Uttar Pradesh Chief Minister Yogi Adityanath and senior party leaders and ministers also condoled the death of the former BJP MP.