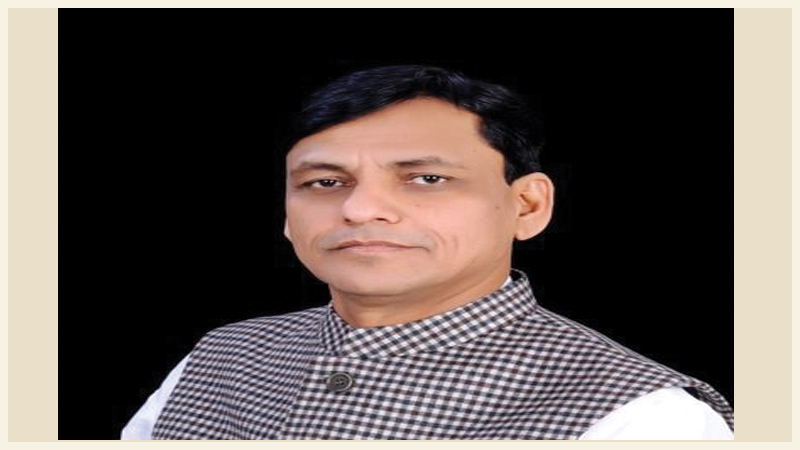 Bihar BJP President Shri Nityanand Rai, an energetic and dynamic leader, is a Member of Parliament elected in the 2014 General Election from Ujiarpur Lok Sabha Constituency. Before being elected for Lok Sabha in 2014, he continuously represented Hajipur constituency in Bihar legislative assembly since 2000. He talks on 2nd of October at length to Kamal Sandesh Associate Editor Vikash Anand at the State BJP Headquarters in Patna on Bihar BJP organizational activities, government achievements etc. Here, are the excerpts of the interview for our esteemed readers :

Influenced by leadership of Prime Minister Shri Narendra Modi, has NDA in Bihar become stronger with the coming of new partner in the alliance. What is your opinion on the present situation of NDA Coalition in the state?

Definitely, under the leadership of Shri Narendra Modi, NDA has become stronger not only in Bihar, but also nation-wide. It is far stronger than before. The parties in NDA are running coalition with mutual cooperation harmoniously. With the development-oriented and corruption free policy, NDA government in the State is making Modi ji’s dream of ‘Sabka Saath, Sabka Vikas’ successful at the ground level.

In fact, it is a golden phase of the BJP. Our three inspirational and ideological source are Pt. DeendayalUpadhaya,Dr. Shyama Prasad Mookerjee and Atal Bihari Vajpayee. With the inspiration of trio and under the leadership of Shri Amit Shahji, the party is continuously getting success. With the government being just in 4 to 5 states, we have been successful in forming our governments in 19 States and it has by far become the largest political party in the world. Not only this,number of our coalition partners has also increased. This has become possible only due to the popularity and acceptability of the BJP among the people.

In the view of the coming Lok Sabha election, how far BJP’s organizational preparation in the State has been completed?

The Bihar BJP unit is fully ready. Like army soldiers we always remain in alert mode. With the formation of the team at booth level, we got 100% success in forming Shakti Kendras and deputed proper in-charges. Although the work of making it stronger continues. Our organization has review system for assessment of the work. Our party workers without any rest work day and night to make the party organization stronger. Election is not a challenge for us as for the entire year we do organizational work. Bihar BJP has pledged before Amit Shah ji to deliver all 40 seats in NDA’s kitty and contribute to re-elect Shri Naredra Modi as our Prime Minister.

How is the organization taking the NDA government achievements among people?

In the Pradesh organization, from top to bottom, all office bearers, leaders and workers are doing pravas and establishing communication with the people. They visit Shakti Kendra to make it stronger and also assess by getting feedback from the people present at the Kendras on the implementation of Central government schemes. During the pravas, they meet with needy and beneficiaries of various central government schemes and make them aware about the achievements of NDA government. In such a way,we are taking Modi government achievements to the ground level. Besides this, we are making aware the people about Modi led NDA government achievements through Karykram of Morchas and Cells at district and block level.

What is present situation of Training programmes in Bihar BJP as election is at hand?

Bihar BJP has completed all training programmes. In addition to this, we are in communication with the people of organization at different level, so that work of organization is taken efficiently from State to booth level.

On 15th September, Prime minister Shri Narendra Modi spoke to the people of Bihar through video conferencing on cleanliness campaign.Today is Gandhi Jayanti. How Bihar BJP is making this constructive movement as successful movement?

In Bihar, Swachhta has been made a prime focus through people awareness. PM Modi did the miracle by making Swachhta as a mass movement and a serious issue among people. Now all Indians, even our children have taken it very seriously. People participation in this movement has increased tremendously. PM Modi has raised the issue of toilets for our sisters,mothers, &daughters as much seriously, as never before. Swachhta and toilets are becoming issue of our honour. In Bihar, it has been a successful programme.

Modi government has given National Commission for Backward Classes a constitutional status. How do you see the step?

How would Backward Classes be affected by this constitutional status of the Backward Commission?

Out going Backward Commission was merely a statutory body whose work was only to give advice to Central government regarding inclusion and exclusion of cast/communities from the OBC list. But after granting it the constitutional status, it functions at par with the National Commission for Scheduled Castes (NCSC) and the National Commission for Scheduled Tribes (NCST). Now it will provide safeguards, to take care of the development, progress, and welfare of Backward Class people. The constitutional status provides duties under article 16(4) and 15(4) of the Constitution to give justice by empowering socially and educationally backward people. Now, the commission will not only advice but participate in formulating policies and schemes by the government for the upliftment of Backward Classes. Constitutional status gives power to address the grievances of the people included in OBC list.