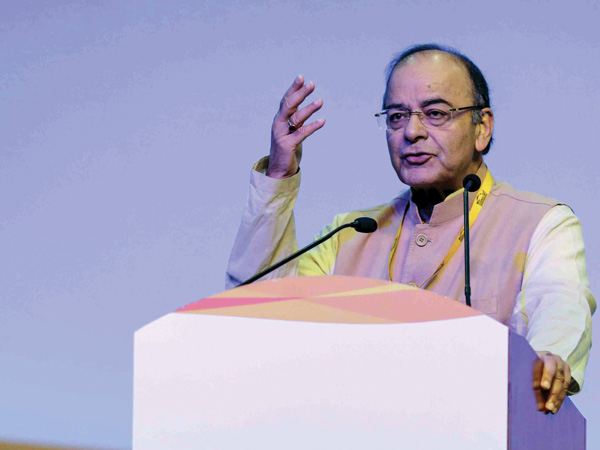 The Goods and Services Tax (GST) Council on 22 December, 2018 cut rates of 33 items from 18 per cent to 12 per cent and 5 per cent, Puducherry Chief Minister V Narayanasamy said, following a meeting chaired by Finance Minister Shri Arun Jaitley. The meeting at Vigyan Bhawan was attended by finance ministers all the states.

Earlier this week, Prime Minister Shri Narendra Modi had said the government is aiming to bring 99 per cent of items below the 18 per cent GST slab and warned of stringent action against defaulters of bank loan and fugitives.

The Goods and Services Tax (GST) Council decided to form a seven-member Group of Ministers (GoM) to study anomalies in tax collection in some of the states which showed wide deviation from what was expected.

“The Council has approved the proposal to form a seven-member GoM to study the revenue trend, including analyzing reasons for structural patterns affecting revenue collection in some of the states,” Finance Minister Shri Arun Jaitley said after the meeting.

The study would include the underlying reasons for deviation from revenue collection targets vis-a-vis original assumptions discussed during the design of the GST system, its implementation and related structural issues, he said.

The Federation of Indian Chambers of Commerce and Industry (FICCI) welcomed GST Council’s move to revise rates of cinema tickets to 12 per cent and 18 per cent for tickets below INR 100 and over 100 respectively. Commenting on the development, FICCI Assistant Secretary General Leena Jaisani said, “The move will help boost the industry and bring back the audience to theatres.”

Shri Jaitley also informed that Realty remains a concern for stakeholders. He said concerns regarding the real estate sector will be addressed in the next meeting.

Highlights on the GST Council meeting:

Reduction in GST rates/exemptions on services:

Air travel of pilgrims by non-scheduled/charter operations, for religious pilgrimage facilitated by the Government of India under bilateral arrangements shall attract the same rate of GST as applicable to similar flights in Economy class (i.e. 5% with ITC of input services).

–Monitors and TVs of upto screen size of 32 inches