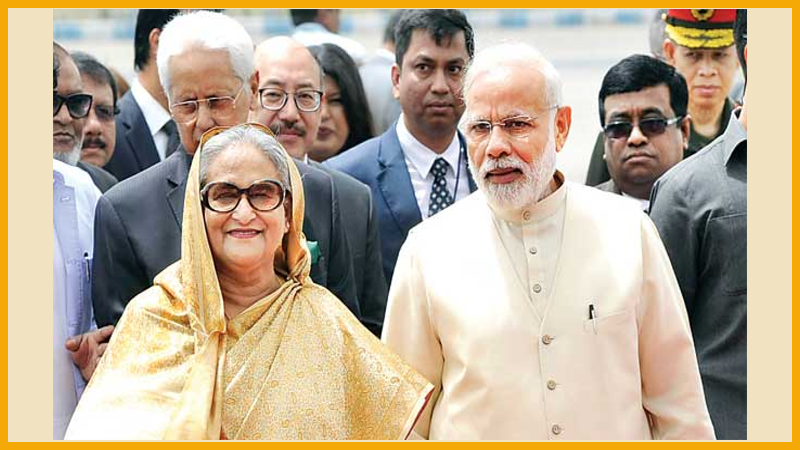 The projects include: (a) India-Bangladesh Friendship Pipeline (b) Dhaka-Tongi-Joydebpur Railway Project
Speaking on the occasion, the Prime Minister described the cooperation between the two countries as an example for the world. He said that the two countries are neighbours, geographically; and family, emotionally.

He said the proposed pipeline will further energize, not just Bangladesh’s economy, but also the relationship between the two countries. He expressed confidence that the proposed railway project will contribute to the process of strengthening national and urban transport in Bangladesh.