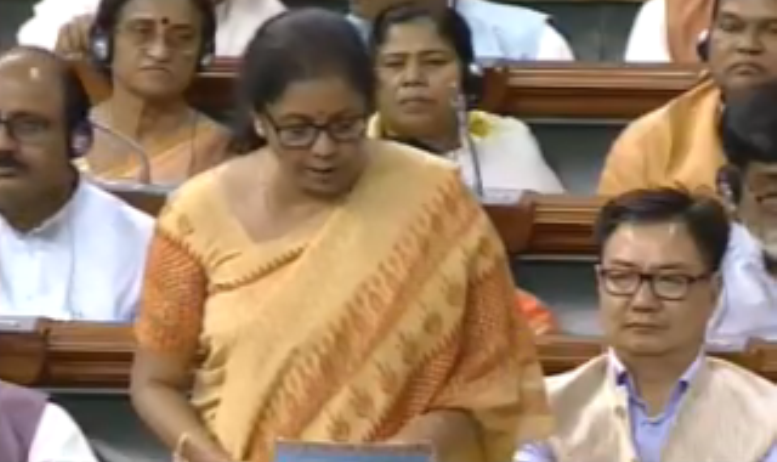 The Union Minister for Finance and Corporate Affairs, Smt. Nirmala Sitharaman tabled the Economic Survey 2018-19 in Parliament today. The Survey states that renewable energy sources are a strategic national resource and adds, “Harnessing these resources is part of India’s vision to achieve social equity and energy transition with energy security, a stronger economy and climate change mitigation”.  While increasing access to energy is important, it is also imperative that this comes at much lower costs to the environment than it has happened historically in advanced economies, the Survey states.

Stating that India has been undertaking one of the world’s largest renewable energy expansion programmes, the Survey notes that the share of renewable energy is progressively increasing in the Indian electricity mix.  As per the Economic Survey, the share of renewable (excluding hydro above 25 MW) in total generation was around 10 per cent in the year 2018-19 compared to around 6 per cent in 2014-15.  “Now, globally, India stands fourth in wind power, fifth in solar power and fifth in overall renewable power installed capacity.  The cumulative renewable power installed capacity (excluding hydro above 25 MW) has more than doubled from 35 GW on 31stMarch, 2014 to 78 GW on 31st March, 2019.  The target is to achieve an installed capacity of renewable based power of 175 GW by the year 2022”, the Survey adds.

The Survey estimates that additional investments in renewable plants upto year 2022 (without transmission lines) would be about USD 80 billion at today’s prices and an investment of around USD 250 billion would be required for the period 2023-2030.  Thus, on an annualized basis, investment opportunity for over USD 30 billion is expected to come up for the next decade and beyond.

While renewable energy capacity has been expanded manifold, fossil fuel based energy is likely to continue to be an important source of power, the Survey adds.