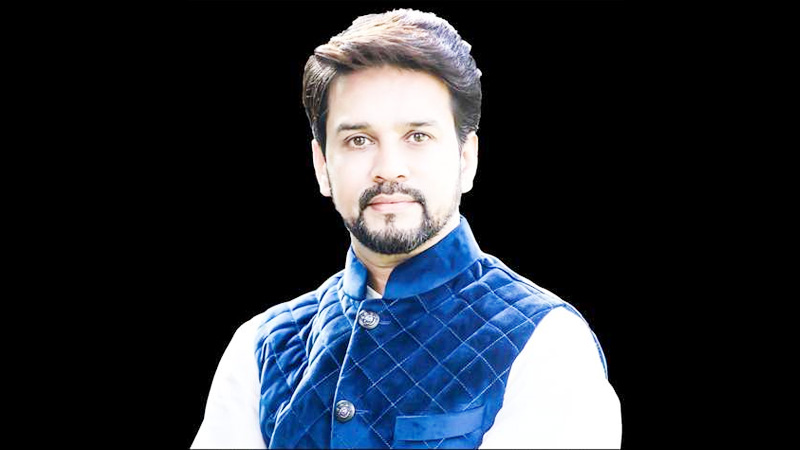 It may be coincidental but was nonetheless of profound satisfaction for every Indian that India surpassed Britain to emerge as the world’s fifth largest economy in the 75th year of its Independence. Economists who have been relentlessly critiquing the Indian economy are stumped that they failed to foresee Britain’s, and indeed much of the West’s, woes.

The days of abundance are truly over for them. And they could just about be beginning for us.

Bloomberg, which first broke the news of India surpassing Britain to become the world’s fifth largest economy, contextualised it in colonial terms of a coloniser being left behind by its erstwhile colony.

This underscored how a country that was left battered, bruised and bleeding by its British rulers in 1947, had steadily risen to reclaim that which was lost: economic prosperity and clout.

75 years ago India’s share of world
GDP was a paltry 3%. It is important
to recall this to understand the stunning
rise of India in the last eight years that have
seen PM Modi making major policy shifts to
make up for lost decades

75 years ago India’s share of world GDP was a paltry 3%. It is important to recall this to understand the stunning rise of India in the last eight years that have seen PM Modi making major policy shifts to make up for lost decades. Those were days when successive governments dallied with Soviet-style state control and grossly underestimated the potential of Indian enterprise.

In 2014, PM Modi buried the past and launched a future that would address the many aspirations of Indians, unleash their potential, and place this great nation on a trajectory of growth while ensuring that the last person in the last row is a beneficiary of a wealthier and prosperous India.

Statistics by themselves tend to tell a partial story. India has emerged as the fifth largest economy in terms of nominal GDP clocking in at 13.5% in the first quarter of FY 2023. If we were to factor in purchasing power parity, India’s GDP makes it the world’s third largest economy, behind the US and China. All available indices and projections suggest that while the GDP of others will either stagnate or decline, India’s will continue to rise. India will increase the pace of closing existing gaps.

The two successive pandemic years severely impacted India’s economy, as they did economies globally. They were years of adversities which PM Modi converted into opportunities. His foresight prevented India from going the way of others by splurging money and squandering resources.

Instead, he opted for a cautious and prudent approach, targeting expenditure on job-generating infrastructure projects and promoting incentive-based schemes for industry to regain momentum.

• The Production Linked Incentive scheme worth Rs 2 lakh crore has begun to show results.
• It came in the backdrop of PM Modi ensuring a vastly improved ease of doing business, policy stability, revised labour laws and the world’s largest digital payment system, apart from leveraging India’s technology pool, encouraging startups and unicorns and directly engaging with global investors and industries.
• He also did not forget those who bore the brunt of the pandemic – the poor and the underprivileged. The world’s largest free food programme with almost two thirds of India’s population receiving free rations, coupled with the world’s largest Covid vaccination drive, helped India’s economy recover from the pandemic’s ravages and gain both speed and scale.
• Today India is the world’s leading consumer of smartphone data, it ranks second in terms of internet users, it is the world’s third largest consumer market and third largest consumer of energy.
• We have surpassed previous export records touching Rs 50 lakh crore this year. Our merchandise export has crossed Rs 31 lakh crore.
• More than 100 unicorns have been created and new companies are being added every month. The valuation of unicorns created in the last eight years is Rs 12 lakh crore and startups have grown from a few hundred to 70,000.
Yet growth and prosperity have not been uneven: 50% of the startups are in tier-2 and tier-3 cities. In 2014, India had 6.5 crore broadband subscribers; today, there are more than 78 crore. The introduction of GST has served entrepreneurs well while plugging gaping holes in tax collection.
But India is not merely about chrome and glass malls showcasing its rising prosperity. Nobody understands this better than PM Modi. Hence his focus has been on reducing poverty, which is happening.
• A recent IMF study tells us how extreme poverty and consumption inequality have sharply declined.
• Housing and healthcare for the poor have had a remarkable impact on social development indices, as have a slew of schemes ranging from providing subsidised

PM Modi’s vision of Ek Bharat,
Shreshth Bharat has slowly
but steadily taken shape and
form. It is a vision that involves
both government and people –
Sabka Prayas

LPG to the underprivileged, to bringing potable water on tap in every rural household.
• Mudra loans and other associated programmes have given a push to self-employment opportunities that not only create micro enterprises but also generate jobs.
• Compared to global energy price increases, India is better placed; the post-pandemic turbulence has least impacted ease of living.

PM Modi’s vision of Ek Bharat, Shreshth Bharat has slowly but steadily taken shape and form. It is a vision that involves both government and people – Sabka Prayas. This Bharat is self-confident and atmanirbhar, ready to meet challenges and overcome adversities.

Crossing the twin milestones of emerging as the fifth largest economy and the fastest growing economy is no doubt a stupendous achievement for India and Indians. From this point on we begin our journey on the road to achieving PM Modi’s goal of creating a $5 trillion economy. It can now be said confidently that India shall cross this milestone too in the next two years. It’s happening.

(The writer is Union Minister of Sports, Youth Affairs & Information and Broadcasting)