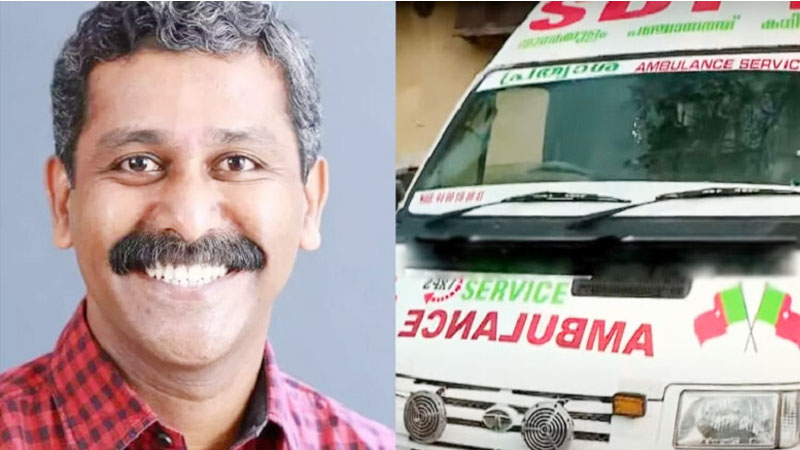 A 12 member gang on motorbikes came to BJP (OBC Morcha) state secretary Shri Ranjith Sreenivasan’s house in the heart of Alappuzha town in Kerala and hacked him to death in front of his mother and wife on 19 December. Eleven SDPI activists are in custody in connection with the murder of BJP leader Shri Ranjit Srinivasan. Four SDPI activists were apprehended from an ambulance. SDPI(Social Democratic Party of India) is the political outfit of the Islamic organisation Popular Front of India. The police said the murders were planned. The police has received CCTV footage of 12 people on six bikes moving towards Ranjith’s house.

Soon they were seen returning after the attack. Shri Ranjith was hacked when he was getting ready for the morning walk. BJP National President Shri Jagat Prakash Nadda said that Kerala is turning into an unlawful state under chief minister Pinarayi Vijayan as he condemned the murder of the party’s state OBC Morcha leader Renjith Shri Sreenivasan. Shri Nadda said, “The brutal murder of OBC Morcha State Secretary Adv. Renjith Sreenivasan by ‘fundamentalist elements’ is condemnable. Such cowardly acts cannot be tolerated. Kerala is turning into an unlawful state under CM @vijayanpinarayi. They can’t scare us with their cruelty.”

Union minister Shri V Muraleedharan said an Islamic terrorist group is behind the murder of the BJP OBC Morcha leader Shri Renjith Sreenivasan, who was killed at his house by unidentified people on Sunday morning. Union minister Shri V Muraleedharan demanded that the Kerala government take strict action against the perpetrators of the murder of Bharatiya Janata Party (BJP) leader in Alappuzha district earlier in the day.