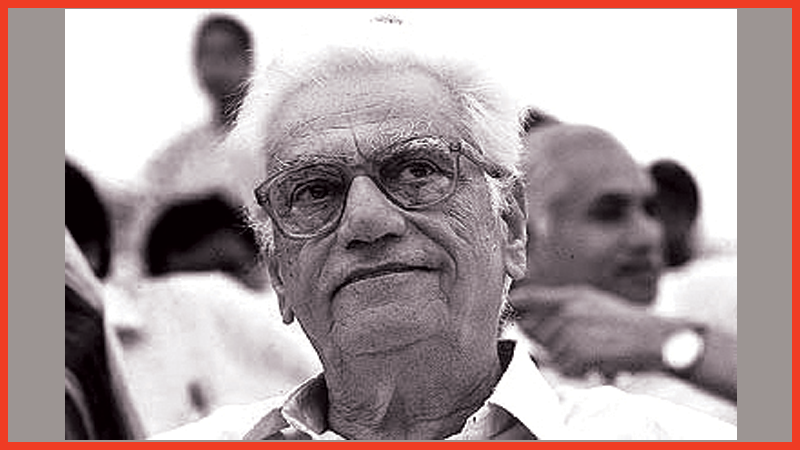 Kewalram Ratanmal Malkani (November 19, 1921 – October 27, 2003) was a journalist, historian and politician. Born in Hyderabad, Sindh, (now in Pakistan), he received his education at D.G. National College, Hyderabad, Fergusson College, Pune, School of Economics and Sociology, Mumbai. He was Nieman Fellow at Harvard University, USA from 1961-62.

He was the Vice-President of the Bharatiya Janata Party from 1991 to 1994. He was Member of Parliament, Rajya Sabha from 1994-2000 and served as Lieutenant Governor of Puducherry from July 2002 till his death in October 2003.

Malkani ji is believed to be the first person to be arrested in the country, in the emergency, just two hours after it was declared at midnight on 25-Jun-75. He was among the last to be released, after election results were declared in March 1977.

Malkani Ji was associated with the Bharatiya Jana Sangh since its formation and was one of the founders of the Bharatiya Janata Party in 1980. He was Vice-President of the Deendayal Research Institute, New Delhi from 1983 to 1990. He served as editor of many newspapers and was General Secretary of the Editors Guild of India from 1978 to 1979. He edited BJP mouth piece BJP Today.He has written several articles and books including “The Midnight Knock” (1977), “The R.S.S. Story” (1980), and “The Sindh Story” (1984), his most popular book on history. His book India First (2002) is a compilation of several of his articles over the years.

His last book, Political Mysteries, explores several major Indian political assassinations including that of Mahatma Gandhi, Syama Prasad Mookerjee, Indira Gandhi and Rajiv Gandhi, the “Kashmir Princess”, “Kanishka aircraft” bombing and the Purulia arms dropping case. The book is a result of his nearly ten years of research. He died on 27 October 2003. Malkani was also chief editor of both Organiser and Panchjanya. Even being active politician for a long six decades he is remembered more as an author and journalist.