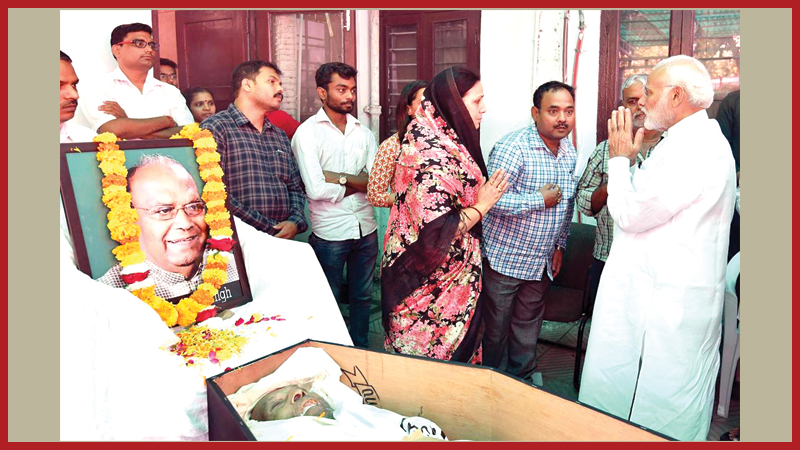 Senior BJP leader and sitting MP from Begusarai Bhola Singh passed away at Delhi’s Ram Manohar Lohia Hospital on 19 October. The 82-year-old leader was admitted to the hospital three days ago.

Bhola Singh’s long political journey spanning almost five decades began as a left-supported Independent MLA in 1967 before being formally elected as CPI MLA in 1972. He, however, later joined Congress in 1977. Shri Singh has also served as the state home minister in the Chandra Shekhar Singh cabinet. He also held the position of the education minister from 1988-89 under Congress government in the state. However, his date with Congress finally ended after losing two successive assembly elections in 1990 and 1995 during the period when RJD supremo Lalu Prasad was at his prime. He also joined Lalu’s party, the then Janata Dal, and was in it for a brief period.

After getting annoyed with Lalu’s style of functioning and his misgovernance in the state, Shri Singh joined the BJP and he again managed to win the Begusarai assembly seat in 2000 and retain it in 2005 also. During the period he remained deputy speaker of the state assembly from 2003 to 2005. In 2008, he was made state urban development minister in the NDA government. In 2009, Singh was elected from the Nawada Lok Sabha seat while in 2014 he won from Begusarai.

Singh had been a lawmaker eight times. He was a professor of History before getting elected from Begusarai in 1967 as an independent candidate.

On the demise of the leader, Prime Minister Shri Narendra Modi said his thoughts were with Singh’s family. “Anguished by the demise of Lok Sabha MP from Begusarai, Shri Bhola Singh ji,” Shri Modi tweeted. “He will be remembered for his outstanding service to society and efforts towards the development of Bihar.”

Anguished by the demise of Lok Sabha MP from Begusarai, Shri Bhola Singh Ji. He will be remembered for his outstanding service to society and efforts towards the development of Bihar. My thoughts are with his family and supporters in this hour of grief.