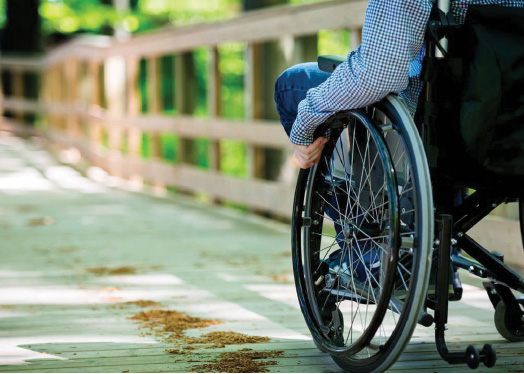 To strengthen Prime Minister`s Accessible India Campaign The Lok Sabha on 16 December, the last day of winter session, passed “The Rights of Persons with Disabilities Bill – 2016”. The Bill will replace the existing PwD Act, 1995, which was enacted 21 years back. The Rajya Sabha has already passed the Bill on 14 December, 2016.

Disability has been defined based on an evolving and dynamic concept. The types of disabilities have been increased from existing 7 to 21 and the Central Government will have the power to add more types of disabilities. The 21 disabilities are Blindness, Low-vision Leprosy Cured persons, Hearing Impairment (deaf and hard of hearing), Locomotor Disability, Dwarfism, Intellectual Disability, Mental Illness, Autism Spectrum Disorder, Cerebral Palsy, Muscular Dystrophy, Chronic Neurological conditions, Specific Learning Disabilities, Multiple Sclerosis, Speech and Language disability.

Speech and Language Disability and Specific Learning Disability have been added for the first time. Acid Attack Victims have been included. Dwarfism, muscular dystrophy have been indicated as separate class of specified disability. The New categories of disabilities also included three blood disorders, Thalassemia, Hemophilia and Sickle Cell disease. In addition, the Government has been authorized to notify any other category of specified disability. Responsibility has been cast upon the appropriate governments to take effective measures to ensure that the persons with disabilities enjoy their rights equally with others.Additional benefits such as reservation in higher education, government jobs, reservation in allocation of land, poverty alleviation schemes etc. have been provided for persons with benchmark disabilities and those with high support needs. Every child with benchmark disability between the age group of 6 and 18 years shall have the right to free education. Government funded educational institutions as well as the government recognized institutions will have to provide inclusive education to the children with disabilities.

The Bill provides for penalties for offences committed against persons with disabilities and also violation of the provisions of the new law. Special Courts will be designated in each district to handle cases concerning violation of rights of PwDs.

The New Act will bring our law in line with the United National Convention on the Rights of Persons with Disabilities (UNCRPD), to which India is a signatory. This will fulfill the obligations on the part of India in terms of UNCRD. Further, the new law will not only enhance the Rights and Entitlements of Divyangjan but also provide effective mechanism for ensuring their empowerment and true inclusion into the Society in a satisfactory manner. (FOC)