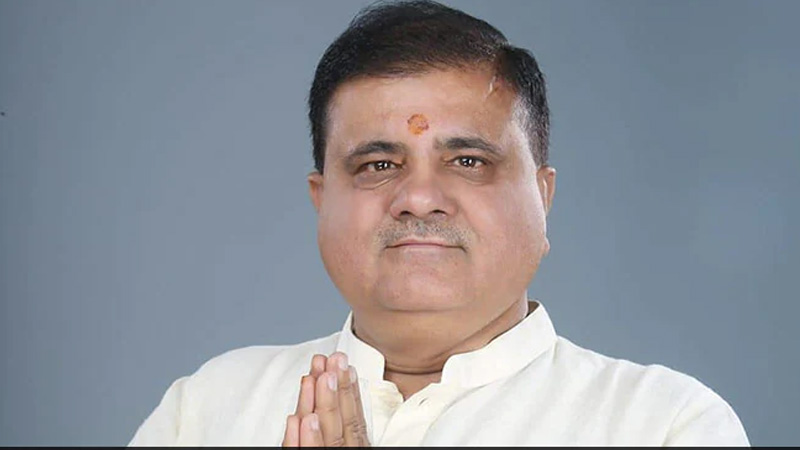 Shri Bhatt started his political journey with the Akhil Bharatiya Vidyarthi Parishad (ABVP) in 1991 and from 1998 to 2000 he took charge as Uttaranchal Yuva Morcha state secretary in undivided Uttar Pradesh. After Uttarakhand (then called Uttaranchal) was carved out from Uttar Pradesh, Shri Bhatt was made the general secretary of the Yuva Morcha.

In 2002, when the first Assembly election for the new Uttarakhand state was held, Shri Bhatt contested from the Nandprayag constituency and defeated the Congress candidate. Shri Bhatt was an MLA from Nandprayag seat in the state Assembly from 2002 to 2007 and won from Badrinath seat in 2017 Assembly polls.

He was also appointed the Yuva Morcha State President. Besides, he was made in-charge of Yuva Morcha in Himachal Pradesh and Maharashtra. Shri Mahendra Bhatt was also the BJP convener for Garhwal region from 2012 to 2014 and Pradesh BJP Secretary from 2015 to 2020. He was a member of the Uttarakhand Char Dham Devasthanam Management Board.

He was also actively associated with the Ram Janma Bhoomi movement and Uttarakhand’s agitation for statehood undergoing brief imprisonment during both movements.

Congratulating Shri Bhatt on his appointment, Uttarakhand CM Shri Dhami said, “The party will certainly get a new strength under his leadership. I pray to Lord Badrinath for your bright future,” he said in a tweet.