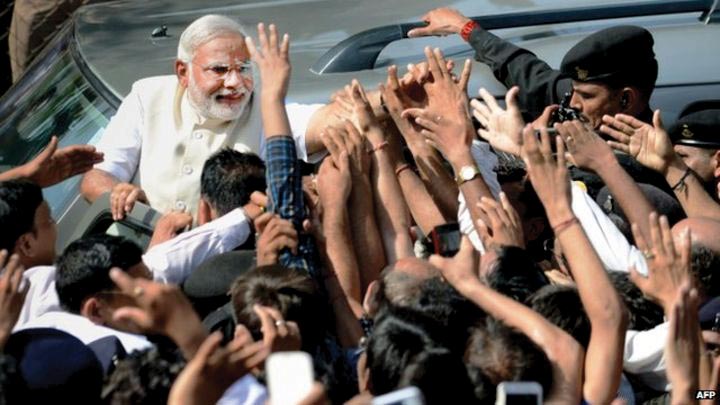 Compared with any other popular Prime Ministers of India, Narendra Modi is a study in contrast. Through demonetization he has impacted the life of every Indian as no other central government policy has in the past. By undertaking the famous surgical strike he made every Indian proud. But it is neither of these that have ensured him a place in history in such a short span. It is that in three years Modi has changed the lives of at least one fourth of India’s population through his numerous welfare schemes whose benefits have directly reached an estimated 350 million Indians and this has catapulted Modi as the messiah of the poor.

Modi played the bountiful God Ploutos for the hapless BPL families when he introduced the Ujwala scheme to award free cooking gas connections to 50 million families. His Jeevan Bheema and Jeevan Suraksha Yojna have ensured life and health cover to as many as 300 million people. The number of toilets built under the Swatch Bharat Abhiyan is 45 million. An estimated 40 lakh families have already availed the facilities of Pradhanmantri Aawas Nirman Yojana. And about 350 million new bank accounts have been opened under the Jan Dhan Yojna. Over 20,000 villages have for the first time received electricity connection under the Ujala Scheme. All these have changed the life and style of rural India as never before. Add to this the 100 Smart City scheme for which Rs 3 lakh crore have been allotted plus the massive infrastructure building scheme of the Modi government, one need not much break one’s head to find why Modi remains more popular today than ever before.

All opinion surveys have found Modi still is at the peak of his popularity and that his charisma and mass appeal intact. The Opposition has lost ground and their contrived accusations of intolerance, polemics and cow vigilantism have no takers.

In three years Modi has worked wonders by making politics growth centric, governance mass oriented and development policy driven. In three years the Narendra Modi government has secured India’s position as the spring board of world economic growth. India is growing at 7.9 per cent when the world is growing at 3.1 per cent. The stock market is booming. India is for the first time surplus in power and coal production. Energy scenario is promising. India is successfully developing alternative sources of energy at a time when oil prices are down. Inflation is low. Lending rates are coming down. Loan off-take is looking up. The country is witnessing the highest ever public investment in infrastructure. And all the economic fundamentals are promising a sustained economic growth that will push India as one of the most vibrant large economies of the world.

Modi government has really retrieved the India story which had fallen into a morass of policy paralysis, crony capitalism and corruption. Modi has proved that good economics is good politics. He has made development the central theme of Indian political debate. This in fact is the greatest achievement of the past three years of the present government.

Every poll of late is being fought on development plank. Public response has forced parties to take moralistic stance and address the concerns of the aspirational India. This is how the Prime Minister has reshaped polity. Sab ke saath sab ka vikas. Development for all with everybody being a stake holder. For this the Modi government moved in the direction of Team India where every state became the bulwark of economic growth, competing with each other for investment promotion and creating atmosphere for ease of doing business. For this, the Centre substantially increased allocation for states on the lines of the 14 Finance Commission recommendations. In the Constitutional scheme of things, all major aspects of growth, bijali, paani, sarak, land and education are in the state or concurrent list. The redefining of the role of planning through NITI Ayog was a step to promote state initiative for healthy growth match between states. As a result states like Madhya Pradesh, Chhattisgarh, Gujarat and Bihar posted double digit growth trajectory in agriculture, pushing up the national farm growth.

What Modi government achieved in three years is a total attitudinal change in the approach to growth. The government has made phenomenal savings in public funds be it through elimination of oil subsidy, rationalization of service charges, better tax collection, ensuring windfall earning through coal blocs and spectrum bids which the previous government had claimed as zero value assets. By this the Prime Minister has not only kept his word that he will guard national treasury as a sentinel but also put an end to cronyism in public life. Prudent economic planning was at the root of the idea of a cashless society and digital transaction. Policy driven, credible, targeted and people-centric have been the approach so far. The regime of entitlements, privileges and mai baap ka sarkar is a thing of the past. India has notched up points in index of ease of doing business in these years. Few months ago in a cover story titled India Online The Economist said, “Every second, three more Indians are experiencing internet for the first time. By 2030 more than one billion of them will be online. …India boasts the world’s fastest growing large economy and the planet’s biggest population of millennials — and you can see why the likes of Facebook, Uber and Google are falling over themselves to establish footholds…” Clearly India under NDA is a revenue multiplier, investment destination. Of late the job market too has started looking up.

Successful start-ups are making India the manufacturing hub of the world. Democracy, credible institutional frame work, graft free and transparent systems have helped India to take a leap over China on investor confidence. Modi has turned a new leaf for India which inspired the 30 million plus NRIs to trust the India growth story and bring huge remittances home. In three years Modi has turned despair into hope, and as World Bank noted India still is the sole silver line in a sea of darkness. Modi has proved one man can make a big difference and that if his actions are sincere he can change the course of destiny.

(The writer is a senior journalist and political analyst)