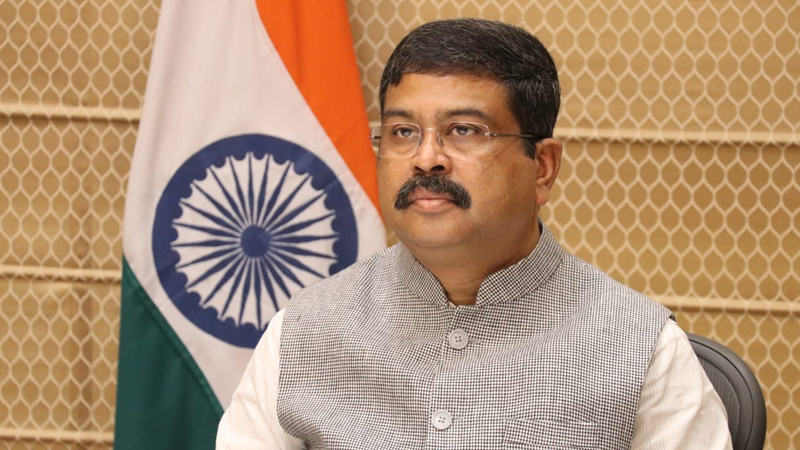 The NEP 2020 promotes integration of vocational education programmes into mainstream education. It foresees a bold new future in Vocational Education for skilling the future generation…

The education system in the country is evolving at a substantial pace. With a re-boot of India’s education system through the National Education Policy (NEP) -2020, the Government instituted a series of far-reaching reforms to achieve a paradigm shift from traditional learning towards flexible, equitable, and inclusive education.
National Education policy- 2020 is a document that will reshape the destiny of the nation both in terms of its internal resilience and enhanced resources and its standing in the world. It is a guiding philosophy, a sacred text, if you will, for the Modi Government, a tool to transform the hopes and aspirations of millions of the youth to reality—building on the principles of quality, equity, access and affordability.

The NEP creates a knowledge economy through multiple pathways of linguistic proficiency of a three-language policy to enable mother tongue/ local language or regional language as the medium of instruction. The Government has also taken a big step by introducing/allowing institutes to impart technical education in mother tongue/regional language from the current academic year. So that language does not become a stumbling block for talent. 14 engineering colleges of eight states will impart education in five Indian languages of Hindi, Tamil, Telugu, Marathi and Bangla.

The NEP 2020 promotes integration of vocational education programmes into mainstream education. It foresees a bold new future in Vocational Education for skilling the future generation. Towards this, skill labs will be set up and created in the schools in a hub and spoke model which will allow other schools to use the facility. Secondary schools will collaborate with ITIs, polytechnics, local industry, etc.

Across the globe, classroom teaching is pursued in a range of regional languages, be it in France, Germany, Russia or China, which has over 300 languages and dialects with 8 of them being major ones. Also, studies around the world have shown that children are able to learn multiple languages if they are taught from an early age. One can actively promote regional languages without compromising knowledge of the English language, which can be taught as a subject. It is important to remember that English is one of the many skills which one can equip children with for them to fully participate in and experience the world.

The NEP conflates quality education with making learning fun and prepares a child for formal schools through the new 5+3+3+4 school education system. The idea of playschools till date had been largely confined to the middle or the upper class in cities who can afford private schools. The rigid classifications between skilling and schooling (academic), curricular and extra-curricular, humanities and the sciences have been broken fostering multidisciplinarity, conceptual understanding and critical thinking. This engenders the potential for creative combinations, for instance of math with painting. To counter the numerous pressure points that a students’ life has come to acquire, a holistic progress card instead of a marksheet will be provided at the end of the session, which will assess aptitude vis-à-vis skills, efficiency, competency and other talents.

Every high school child will undergo vocational education that will start from grade 6 and include internships. There will be multiple entry and exit options for an undergraduate and post graduate student with appropriate certification for each exit point.

A digital infrastructure for school education that will function independently but interoperably called NDEAR, which is a set of principles, standards and guidelines, has been created. This will energize the digital education ecosystem and is indispensable to the quality of reformative changes as envisioned by Prime Minister Narendra Modi.

For the higher education sector, an Academic Bank of Credit (ABC), will facilitate the digital storage of all academic credits earned from different higher education institutions (HEIs), including for vocational and academic training, grades accumulated if the student has exited the system, at some point, and other such unique situations so that these can be transferred into a final degree form. Crucially, this will help twinning arrangements with foreign universities as envisaged under the NEP for students to complete a semester in a partner foreign institute.
Also, the HEIs across the country barring legal and medical institutions will have a single regulator called the Higher Education Council of India (HECI). This will ensured “light but tight” regulatory framework.

The thread tying all these initiatives will be a special emphasis given on socially and economically disadvantaged groups, setting up of a gender inclusion fund, special education zones for disadvantaged regions and groups while states will be encouraged to establish Bal Bhavans or daytime boarding schools.

Prime Minister Shri Narendra Modi envisions that the NEP 2020 nurtures the highest potential of the child by breaking unproductive silos. This policy has come after one of the largest consultation processes in the history of education systems globally and reflects the resolve and vision of our leadership to situate India at the top of the knowledge economy.

As we celebrate ‘Amrut Mahotsav’, or 75 years of India’s independence, the National Education policy- 2021 will indelibly groom children who today fall between the age of 5 and 15 years and who will be in the peak productive age of between 30 and 40 years when India hits the mark of 100 years of independence, or Azadi 100. It is my privilege that I have been given a part in this process of creating a workforce who will be the flagbearers of a global community basing on scientific thought, critical thinking and humanism.