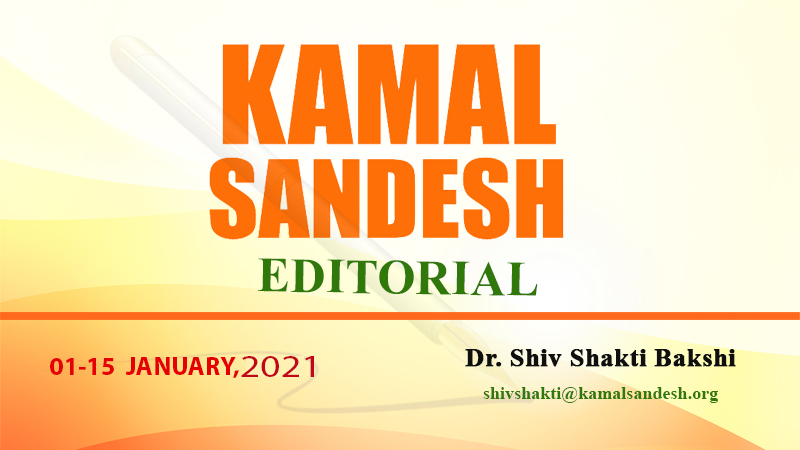 The massive victory of BJP in District Development Council (DDC) is set to open a new era in the political history of Jammu-Kashmir. The successful conduct of the DDC elections, heavy voter turnout and the way people participated and responded in these elections show not only the power of unity and integrity but people’s faith in democratic process and the politics of development and performance. While the constituents of Gupkar alliance may still refuse to introspect over the results, the emergence of independents as winners in many seats may lead to creation of new leadership committed to fulfil the aspirations of the people. It is clear that the people of Jammu-Kashmir want to come out of the regressive politics of dynasty, corruption and alienation and embrace the politics of development, performance and integration in the days to come. The DDC elections have not only deepened the roots of democracy but also show immense support for the policies and programmes of Prime Minister Shri Narendra Modi who is committed to pave the path of development in the region.

The people across India are blessing BJP with victories and supporting the programmes and policies of Prime Minister Shri Narendra Modi. While in Bihar assembly elections the NDA was blessed with clear majority by the people of the state for the fourth time, in the by-elections that were held simultaneously across India, BJP got overwhelming support of the people in every state including Madhya Pradesh, Gujarat, Uttar Pradesh, Karnataka, Telangana and Manipur. In the local body elections also BJP has been scoring big. In the GHMC elections, BJP’s tally has improved manifold to the dismay of all the political observers in the country. Whether the elections were held for Bodoland Territorial Council or for Arunachal Pradesh local bodies or in the elections of Ladakh Hill Council, the ‘Lotus’ bloomed everywhere. In the local bodies elections held in Rajasthan, BJP came out with flying colours in both rural and urban local body elections. In Kerala too, BJP has immensely improved its tally in the local body polls showing that people are now banking on ‘Lotus’ for the future of the state. The people are reposing faith in BJP from panchayat to parliament as it has emerged as a symbol of hope for every section of the society cutting across regions.

While BJP is increasingly getting people’s support in the country, Congress led opposition is developing cold feet. The condemnable attack on the convoy of BJP National President Shri JP Nadda in West Bengal is a pointer to the growing nervousness of TMC government in the state. While TMC is fighting a losing battle in West Bengal, Congress led opposition is pushing itself on suicidal tracks in desperation. In utter frustration the Congress has aligned itself with destructive forces in the country and getting increasingly identified with ‘tukde-tukde gang’ while creating confusion through its malicious propaganda campaigns. The most recent instance is that in place of supporting the revolutionary pro-farmer and pro-agricultural reforms in the country, it’s trying to foment troubles by creating confusion and misleading a section of farming community.