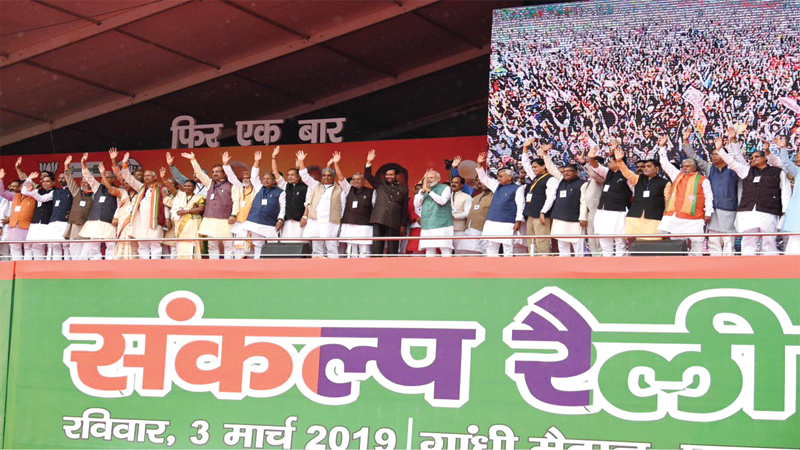 In his special message on the occasion, which was read out by Defence Minister Nirmala Sitharaman, Russian President Vladimir Putin said that “the new joint venture will manufacture world famous Kalashnikov assault rifles of the newest 200 series and eventually will reach full localization of production. Thus, the Indian defence-industrial sector will have the opportunity to fulfill the needs of national security agencies in this category of small arms, resting upon advanced Russian technologies.”

Addressing the gathering, the Prime Minister thanked President Putin for this partnership. He said lakhs of rifles will be made from this facility in Amethi, and will strengthen our security forces.

With the launch today, the first instalment of Rs 2,000 will be directly credited to the bank accounts of selected beneficiary farmers.

The Prime Minister congratulated the farmers for the launch of Pradhan Mantri Kisan Samman Nidhi. He also congratulated farmer families engaged in dairy farming, and fisheries, as they now have access to Kisan Credit Cards.

Addressing the gathering, the Prime Minister said that this day is etched in history, because the biggest scheme for farmers since independence, has begun.

to provide all the necessary means to the farmers, to enable them to double their income by 2022. 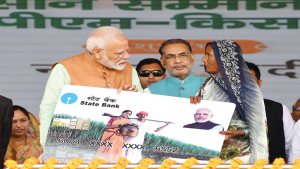 About 12 crore farmers are expected to benefit from PM-KISAN. The Prime Minister said that through this scheme, Rs. 75,000 crore will be transferred to farmers’ accounts every year. He urged State Governments to send the lists of beneficiary farmers to the Union Government at the earliest, so that farmers can receive the benefit of this scheme in time.

The Prime Minister said that while the loan waivers announced periodically by earlier Governments, did not provide long term or comprehensive relief to the farmers, PM-KISAN will not only provide them relief, but will also mark a massive investment in the rural economy.

He said that the Government is also investing about one lakh crore rupees to complete long pending irrigation projects, which will be of great and lasting help to farmers in many parts of the country. He also mentioned the 17 crore soil health cards, neem coating of urea, MSP for 22 crops at 50 percent above the cost price, PM Fasal Bima Yojana, and the e-NAM platform. 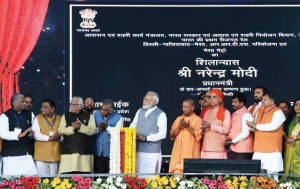 Prime Minister, Shri Narendra Modi on march 8 visited Ghaziabad in Uttar Pradesh and launched various development projects. He unveiled the plaque to mark the inauguration of Civil Terminal of Hindon Airport. He then visited Sikandarpur and laid the foundation stone of Delhi-Ghaziabad-Meerut Regional Rapid Transit System. He also launched various other development projects and distributed certificates to the beneficiaries of various Government schemes.

The Prime Minister also visited the Shaheed Sthal (New Bus Adda) Metro Station in Ghaziabad and flagged off the metro rail from Shaheed Sthal Station to Dilshad Garden. He also took a ride in the metro.

Addressing a huge gathering at Sikandarpur in Ghaziabad, Prime Minister said that Ghaziabad is today know by three C’s; Connectivity, Cleanliness and Capital. In this context, he mentioned about increased road and metro connectivity in Ghaziabad,its 13th rank in Swachh Survekshan rankings and its stature as a business hub of Uttar Pradesh.

The Prime Minister, said that with the new Civil Terminal in Hindon Airport, people of Ghaziabad can take air travel to other cities from Ghaziabad itself, instead of going to Delhi. He said that fast pace at which the civil terminal was built, shows the determination and work ethic of the Union Government. He added that the new section of metro from Shaheed Sthal will reduce the suffering of travellers plying between Uttar Pradesh and Delhi.

Built at a cost of Rs.30000 crore, the Delhi-Meerut RRTS system is the first of such transport system in India, PM said. Once completed, it will reduce the travel time between Delhi and Meerutconsiderably. He said that themodern infrastructure being built in Ghaziabad, will ensure Ease of Living for the people in the city and nearby areas. Similar infrastructure is being built throughout the country, PM added.

The Prime Minister spoke about the benefits of Pradhan Mantri Shram Yogi Maan-Dhan Yojana. He said that the Yojana will provide financial security for informal sector workersduring old age. He added that more than two crore farmers have received their first instalment under the PM Kisan Samman Nidhi.