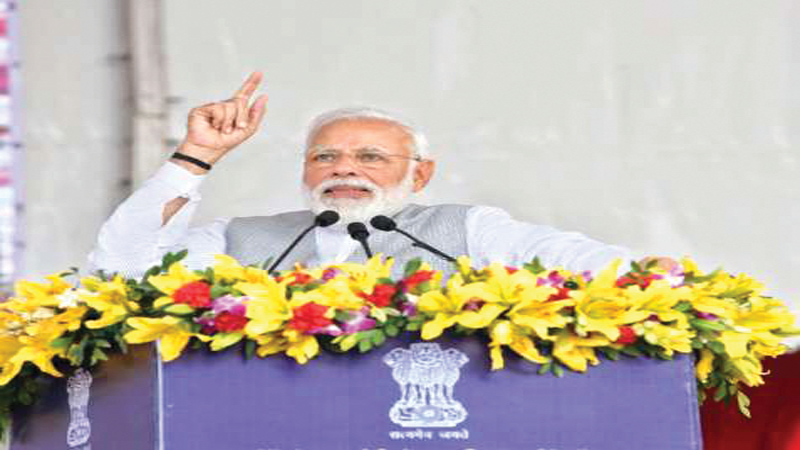 The Prime Minister said that the thermal power plants launched at Buxar and Khurja will accelerate India’s growth and will transform the power availability in Uttar Pradesh, Bihar and other neighbouring states. He spoke about the huge jump in power generation in the past four and half years.

Speaking about the Government’s initiative towards improving the power sector in India, Prime Minister said that his government focused on all four aspects of power generation, ie, Production, Transmission, Distribution and Connection. He said that such an approach has completely transformed the power sector and One Nation- One Grid has now become a reality. The Government has also given right impetus to renewable energy sector also, PM said. He added that his dream is ‘One World, One Sun, One Grid’.

Shri RK Singh, Union Minister of State (IC) for Power and New & Renewable Energy graced the foundation stone laying ceremony at Chausa, Buxar in Bihar. Speaking on the occasion, he said that the Project will bring many benefits to the region. It will give impetus to the industrial development of the region and generate thousands of direct and indirect jobs for the youth.
The project has been planned with special features to perform as per the latest environmental norms. The project is based on Super Critical technology, closed cycle water re-circulation system for zero discharge concepts. The coal requirement for the project has been tied-up and it will be supplied by Central Coal Limited (CCL), a subsidiary of Coal India Limited (CIL) while the State Transmission Utility, Bihar has already approved power evacuation system for this project.

In terms of the Power Purchase Agreement entered into with the Government of Bihar the project will provide at-least 85% of power generated to the state which will not only reduce demand supply deficit of Bihar in terms of current power scenario but will also boost industrial activity in the state.

The foundation stone laying ceremony at Chausa, Buxar, Bihar was graced by the Union Minister of State for Health & Family Welfare, Shri Ashwini Kumar Choubey, Energy Minister of Bihar, Shri Bijender Prasad Yadav and People’s representatives from the area and senior officials from the SJVN.

Details of the both projects are given below:

The Cabinet Committee on Economic Affairs, chaired by the Prime Minister Shri Narendra Modi, had given its approval (on 7th March, 2019) for investment approval for 2×660 MW Buxar Thermal Power Project (Buxar TPP) in District Buxar of Bihar.