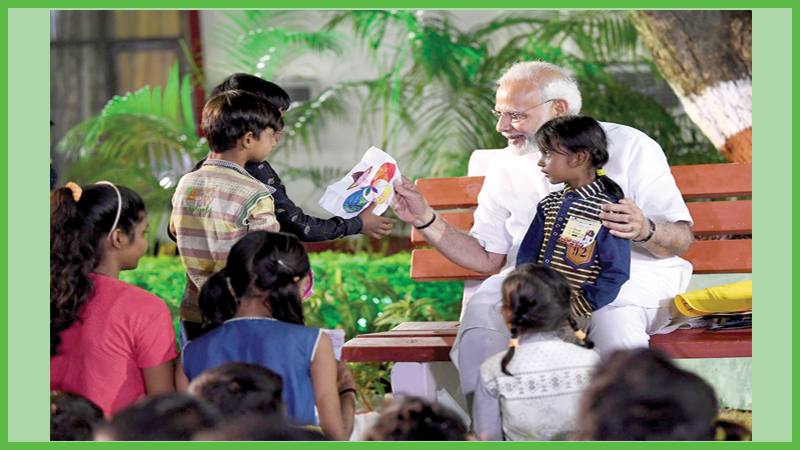 The Prime Minister, Shri Narendra Modi on the occasion of his birthday on September 17 spent nearly ninety minutes in close interaction with young schoolchildren in his constituency, Varanasi.

At a primary school in Narur village, he was greeted enthusiastically by school children on arrival. He too, greeted the children on Vishwakarma Jayanti, and said it is important to learn various skills.

As students, it is vital to ask questions, the Prime Minister said. He exhorted the young students to never feel afraid to ask questions. It is a key aspect of learning, he emphasized.

The Prime Minister spent time with young children who are being aided by the non-profit organisation “Room to Read.”
Later, at DLW Varanasi, the Prime Minister interacted with children from poor and underprivileged sections, who are being assisted by students of Kashi Vidyapeeth. He exhorted them to study hard and develop a keen interest in sports as well. 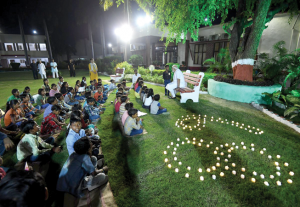 Late in the evening, the Prime Minister drove through the streets of Varanasi, evaluating the development of the city. He stopped at Kashi Vishwanath Temple for a few minutes to offer prayers. He also made a surprise visit to the Manduadih Railway Station.