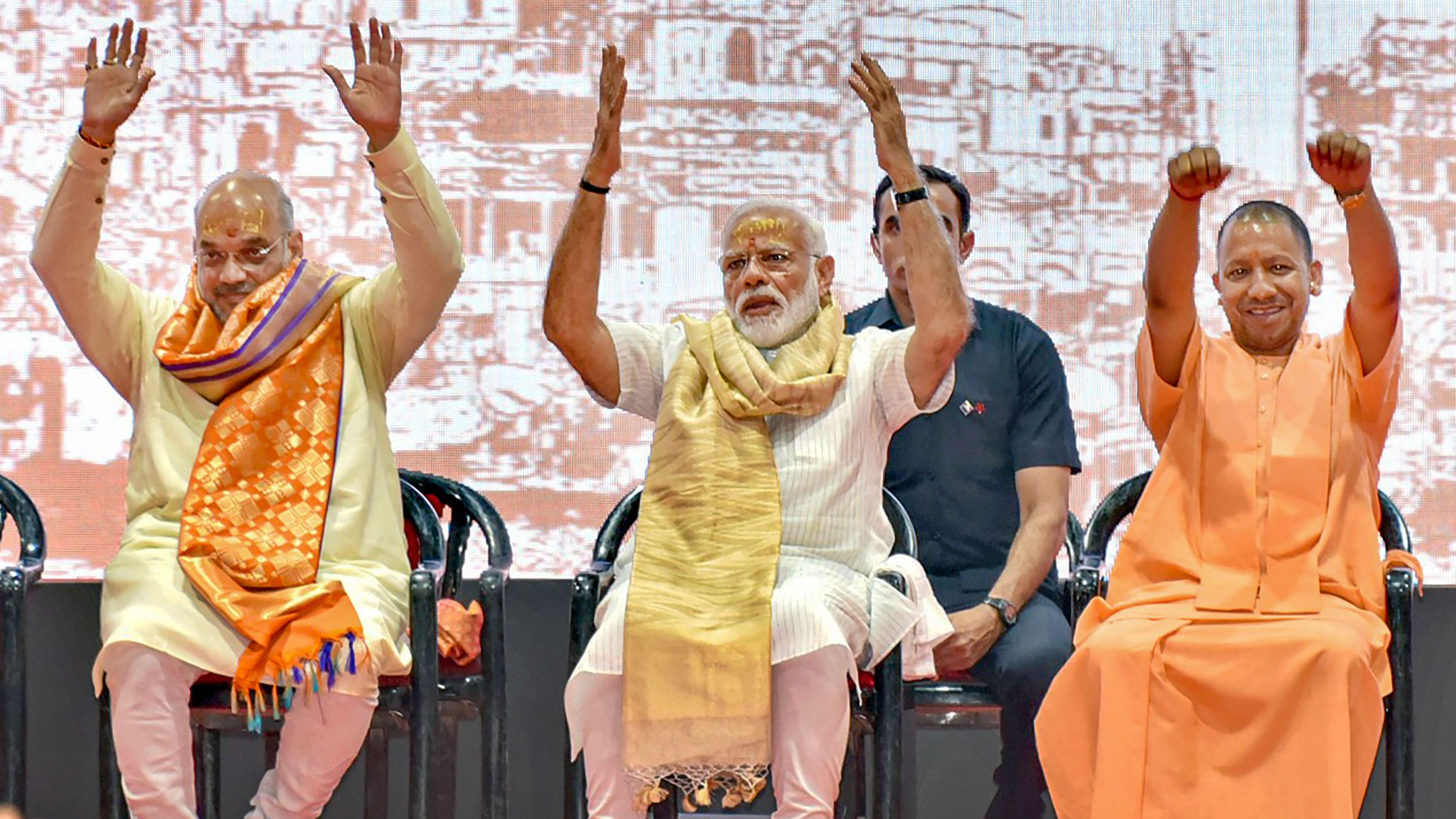 BJP president Shri Amit Shah said that Prime Minister Shri Narendra Modi has transformed Kashi in the last five years.
He also thanked voters here for supporting Shri Modi and re-electing him to the Lok Sabha for the second term.
Shri Shah, who has won his maiden Lok Sabha election from Gandhinagar, said when Shri Modi visited the party workers on the day he filed his nomination papers, it became clear that he was going to win.
“I thank your all. At the same time you are lucky to have a person like Shri Modi to represent you in Lok Sabha,” he said, addressing party workers here.
“Perhaps it is the only election where the candidate has not visited constituency after filing nomination. It reflects the confidence Shri Modi had on his voters,” he added.
He accompanied Modi to Varanasi where the prime minister offered prayers at the Kashi Vishwanath temple soon after his arrival.