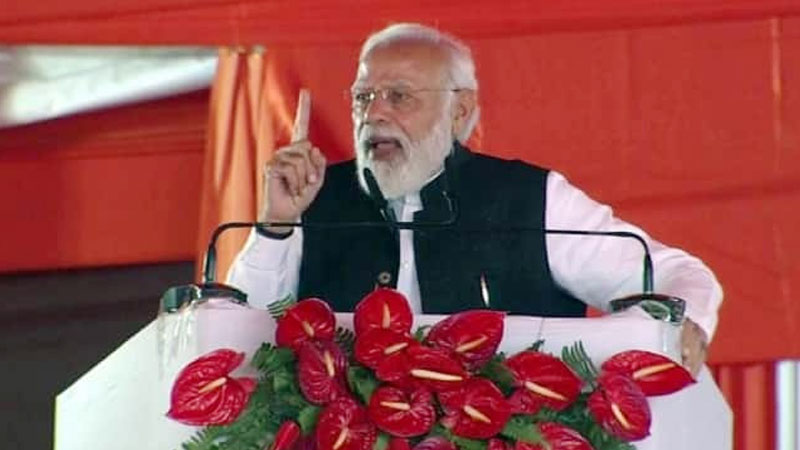 On the foundations of a glorious past, a bright future is built. Bharatiya Janata Party is an organisation that is always connected to the roots of our country. We must never forget who we are and where we came from. This principle is also applicable to our approach towards our own party.

Prime Minister Shri Narendra Modi unveiled a new and unique module of NaMo App in the recent National Executive meeting of the Party. This module is called ‘Kamal Pushp’.

Kamal Pushp is a noble initiative where people can upload biographical accounts of Bharatiya Jan Sangh and Bharatiya Janata Party karyakartas who worked tirelessly for the people.

Prime Minister Shri Narendra Modi gave an emotional speech about the sacrifices of generations of karyakartas of Bharatiya Jan Sangh and Bharatiya Janata Party that resulted in the creation of the world’s largest political party. He motivated people to use the ‘Kamal Pushp’ module of the party to document the life and times of inspirational karyakartas of the past.

In fact, PM Shri Modi went so far as to say this is the most important part of the NaMo App which he would like every BJP worker to take time out and check. BJP is a party that is driven by cadre and tradition, and not by dynasty or family, and hence, it is extremely important for today’s karyakartas to connect with the stories of past karyakartas, Shri Modi said.

Kamal Pushp is a fusion of technology and tradition, where the past is being documented using latest technology such as a mobile app. Karyakartas can upload photos, videos, newspaper cuttings, links and even write in this module.

The party has taken up an extensive nationwide program, following the guidelines given by PM Shri Modi, to collect, organize and disseminate the selfless service of generations of Karyakartas who have devoted themselves to the cause of nation building.

The appointments made by BJP National President were announced by party National General Secretary Shri Arun Singh and as per the release these appointments will come into force with immediate effect.