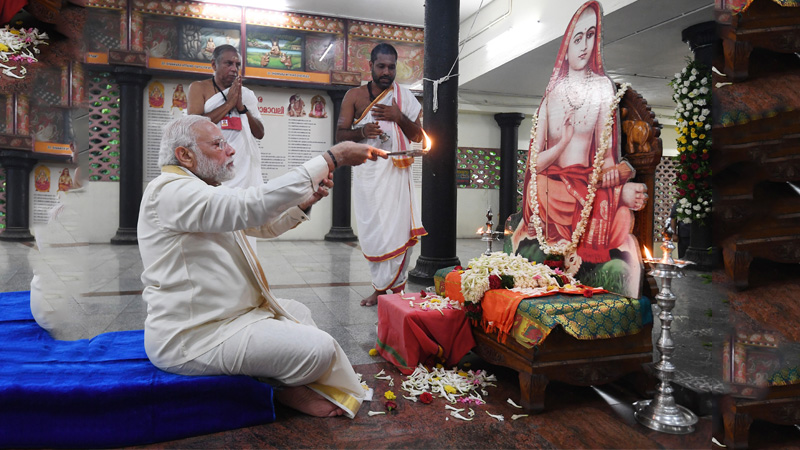 Prime Minister Shri Narendra Modi, who on 02 September, 2022 offered prayers at the birthplace of great saint and propagator of Advaita Vad Adi Shankaracharya, said that generations to come will be indebted to the latter for his contributions to protect our culture. In a late night tweet, after offering prayers at the saint’s birthplace- Adi Shankara Janma Bhoomi Kshetram at Kalady village in Ernakulam district, the PM said he felt very blessed to be there.

“I feel very blessed to be at the Sri Adishankara Janmabhumi Kshetram. It is indeed a special place. Generations to come will remain indebted to the great Adi Shankaracharya for his rich contribution towards protecting our culture,” Shri Modi tweeted. The PM Shri Modi had spent 45 minutes there and participated in rituals. Wearing a traditional attire of Kerala, he had offered prayers at the temple. He had recalled the contributions of the saint philosopher to India and said the legacy Adi Shankara, known for the philosophy of Advaita, established was taken forward from Kerala by various spiritual leaders and social reformers like Sree Narayana Guru, Chattampi Swamikal and Ayyankali.