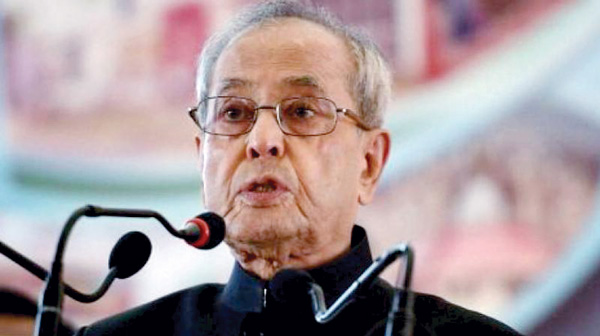 Speaking to a mediapersons Shri Mukherjee said while the current Prime Minister has a “unique capacity to work very hard”, it is complemented with a strong determination to achieve his goals.

PM Modi has clarity of vision – he knows what he wants to achieve and he works hard to achieve that, Shri Mukhrjee told. He said Shri Modi has managed to capture the intricacies of administration, political dynamics and foreign policy despite having no prior experience of being in Parliament.

“One should remember, it was not easy for him coming straight from the state not even serving the Parliament as a member for few years,” Shri Mukherjee said.

Shri Mukherjee referred to Shri Narendra Modi’s decision to invite the heads of governments of SAARC countries for his swearing-in in May 2014, and said it showed his grasp of neighbourhood relations. “This was a unique suggestion and I readily agreed,” the former President said.

In fact, PM Shri Modi had written a farewell letter to me which touched my heart, he said.