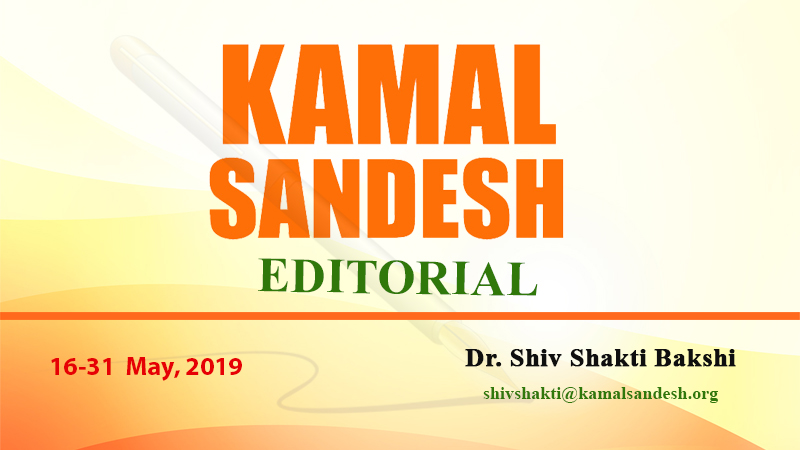 Rahul Gandhi stands exposed again. His politics of lies, falsehood and deceit stands exposed again. In one of most embarrassing episodes of his life, Rahul Gandhi was made to apologize in the highest court of the country. It should be noted that he was forced to tender apology when the court declined to accept his ‘regret’ within bracket. While he tried to escape the law by expressing ‘regret’ that too under brackets for his claim that Supreme Court had supported his allegation that ‘Chowkidar hi chor hai’, but it was a relief for the nation that court refused to let him so easily. In the contempt of court proceeding he was compelled to tender apology while accepting in a way that his allegation was baseless and false in context of court ruling on Rafale. It is unfortunate that even after getting exposed again and again, he continues to resort to the politics of lies, falsehood and deceit. He has not only denigrated the political debate in the country but also failed to build his credibility in the public. He has now become an example as to how a person can stoop in public life.

It is not the first time that Rahul Gandhi has tendered apology in the court. Earlier also in the case of his malicious utterances against RSS, he made an apology but later withdrew only to save his skin publicly. The case is still going on and no one will be surprised that one day he is again forced to tender apology for how deceitfully he tries to mislead the people. It is very unfortunate that even after becoming the president of Congress, he continues to utter mischievous statements aimed at misleading the people with white lies. He should understand that he is already on bail and repeated resort to such misadventure may land him in a big trouble some day.

Congress in these days afflicted with ‘Me Too’ syndrome and banks heavily on the politics of lies and falsehood. The time surgical strikes and air strikes were conducted by our brave security forces, Congress first questioned them and later started the propaganda that such strikes were conducted earlier too. Now when Masood Azhar has been declared a global terrorist by the UN, Congress is not far behind in claiming that the process was initiated under UPA regime. Whatever good work Modi government has done and won applauses across the world, Rahul Gandhi and the Congress are claiming that those were the initiatives of the UPA government. Rahul Gandhi has even now failed to realize that he is making mockery of Congress by making such laughable claims. It also shows a major contradiction in Congress strategy – while it wants to claim all the good works done by Modi government, it also comes out with baseless and unfounded charges against the Prime Minister Shri Narendra Modi. Such contradictions and repeated resort to lies and falsehood has sunk Congress credibility to a new low with people not even bothering to take it seriously.

The Lok Sabha election 2019 is turning out to be a historic one. It is going to not only re-write the political landscape of the country but will reiterate the rise of a New India under the dynamic and charismatic leadership of Prime Minister Shri Narendra Modi. It is also going to re-establish that politics of good governance and development cannot be defeated by the divisive politics of caste, religion and region. It is symbolising the rise of a New India which is aspiring to register itself on the global map with confidence and hope. The youth, women, poor, farmers, SCs, STs and middle class have made up their mind to walk an extra mile in realising their dreams by re-electing Shri Narendra Modi as PM of the country once again. The political pundits across the world will be surprised to see the scale and magnitude of pro-incumbency wave that is sweeping the nation under the leadership of Shri Modi. The massive support of the people across India to PM Shri Narendra Modi is making Congress and its allies nervous and they have developed cold feet which can be seen in their too much reliance on the politics of lies, falsehood and deceit. But such tactics will not succeed as Congress has missed the opportunity of playing the role of constructive opposition in the last five years. People have made up their minds to teach Congress a bitter lesson again.
shivshakti@kamalsandesh.org