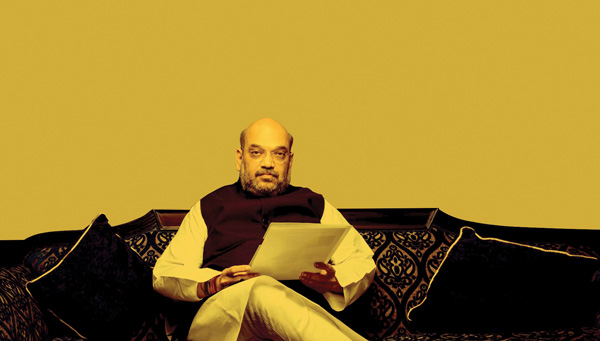 BJP National President Shri Amit Shah shared his thoughts on the Supreme Court’s judgement on Privacy on his blog. Full text of his blog is placed below:

Today’s (24 August, 2017) judgement of the Supreme Court is a welcome judgement as it strengths the Fundamental Rights and personal liberty. Our Government is committed to ensuring equitable social delivery, particularly to the poor in consonance to today’s judgement by Hon’ble Supreme Court.

While today’s judgement is an important one, which also is in accordance with the Government’s vision and actions, some mischievous propaganda needs to be busted. Those waxing eloquent today on privacy architecture are the ones who have ensured India does not have a robust privacy law for decades. Those commenting on Aadhar are the same people who did not provide it a legal backing for years!

I fully agree with the view expressly overruling the ADM Jabalpur case which was an aberration in the constitutional jurisprudence of our country and the desirability of burying the majority opinion ten fathom deep, with no chance of resurrection. These words should ring a bell to the Congress Party & I hope their in-house eminent lawyers brief the high command on this! These words also summarise how far we have come. These words also hold a mirror to the Congress Party at a time when they are engaging in a false show of jubilation and vindication. It is strange that those who snatched away the Right to Life & Right to Liberty of millions of Indians by imposing emergency are standing today as guardians of our fundamental rights based on misinterpretation of the judgement. It is equally strange that those who brought Section 66A & championed censoring on the Internet are speaking of liberties & rights. Equally important are the next lines, paving the way for the future:

Let the right of privacy, an inherent right, be unequivocally a fundamental right embedded in part-III of the Constitution of India, but subject to the restrictions specified, relatable to that part. This is the call of today. The old order changeth yielding place to new.

This point on right of privacy being not absolute and subject to various restrictions is also supported by other Judges. This point is also in consonance with the Government stand. Shri Arun Jaitley in the parliament is on record saying:

Apart from national security, the state may have justifiable reasons for the collection and storage of data. In a social welfare state, the government embarks upon programmes which provide benefits to impoverished and marginalised sections of society. There is a vital state interest in ensuring that scarce public resources are not dissipated by the diversion of resources to persons who do not qualify as recipients. Allocation of resources for human development is coupled with a legitimate concern that the utilisation of resources should not be siphoned away for extraneous purposes. Data mining with the object of ensuring that resources are properly deployed to legitimate beneficiaries is a valid ground for the state to insist on the collection of authentic data. But, the data which the state has collected has to be utilised for legitimate purposes of the state and ought not to be utilised unauthorizedly for extraneous purposes. This will ensure that the legitimate concerns of the state are duly safeguarded while, at the same time, protecting privacy concerns. Prevention and investigation of crime and protection of the revenue are among the legitimate aims of the state. Digital platforms are a vital tool of ensuring good governance in a social welfare state. Information technology – legitimately deployed is a powerful enabler in the spread of innovation and knowledge. This is also in consonance with the approach of the Government on the importance of not allowing diversion of resources meant for the poor.

Privacy involves hiding information whereas anonymity involves hiding what makes it personal. An unauthorised parting of the medical records of an individual which have been furnished to a hospital will amount to an invasion of privacy. On the other hand, the state may assert a legitimate interest in analysing data borne from hospital records to understand and deal with a public health epidemic such as malaria or dengue to obviate a serious impact on the population. If the State preserves the anonymity of the individual it could legitimately assert a valid state interest in the preservation of public health to design appropriate policy interventions on the basis of the data available to it.

Since the Union government has informed the Court that it has constituted a Committee chaired by Hon’ble Shri Justice B N Srikrishna, former Judge of this Court, for that purpose, the matter shall be dealt with appropriately by the Union government having due regard to what has been set out in this judgement. BJP fully respects the Right to Privacy and I am sure with the recommendations of Srikrishna committee, we will lay down a robust privacy architecture. We are fully committed to ensure that the poor get their right in terms of service delivery without any diversion. Our Government will ensure equitable social delivery, particularly to the poor in consonance to today’s judgement by Hon’ble Supreme Court.

(The writer is BJP National President)