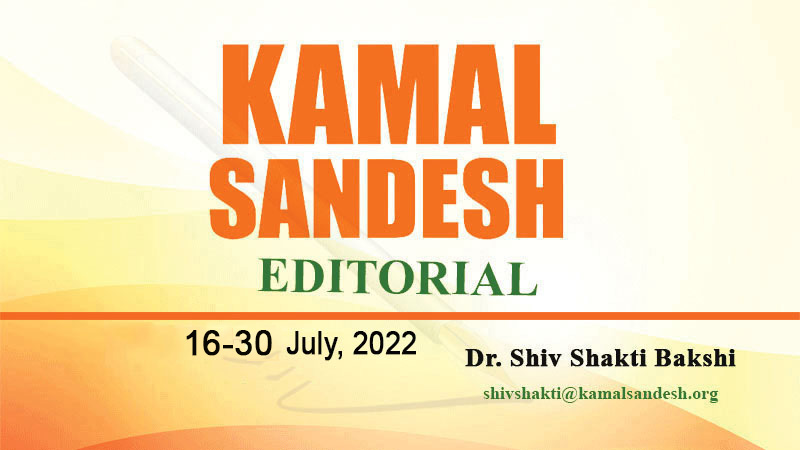 The Supreme Court verdict approving the closure report of the SIT on the Gujarat riots has further strengthened the faith of people in the Indian judicial system. The judiciary, from the district level to the high court and finally the Supreme Court, has spoken with one voice in approving the closure report of the SIT. It has to be noted that the Supreme Court has not only backed the findings of the SIT but also condemned the design to implicate Prime Minister Shri Narendra Modi in the strongest terms. The conspiracy hatched by some ‘frustrated officials’, NGOs, and a section of the media in complicity with a section of foreign media at the behest of the Congress led opposition has finally been exposed and the time has come that these culprits should be taken to task by the law of the land. It is highly unfortunate that this gang of conspirators left no stone unturned in misleading the nation while attempting to misguide the investigating agencies by repeatedly misrepresenting the facts. The attempt to drag the cases for years on one pretext or another has finally been defeated in the highest court of justice in the country. The truth has finally prevailed and the conspiracy now stands unmasked before the nation.

The conspiracy to defame Guajrat and implicate the then Gujarat chief minister, Shri Narendra Modi, in the wake of the Godhra and Gujarat riots was hatched at the highest levels on the basis of lies, deceit, and distortion of facts

While the nation stood united with Prime Minister Shri Narendra Modi throughout this long ordeal, the Prime Minister himself presented a rare example of patience and tolerance, facing every challenge silently. It was only possible on the strength of his unflinching faith in the judiciary, judicial process, and system of justice of the country. The conspiracy to defame Guajrat and implicate the then Gujarat chief minister, Shri Narendra Modi, in the wake of the Godhra and Gujarat riots was hatched at the highest levels on the basis of lies, deceit, and distortion of facts. It was a blatant display of vendetta politics, attempting to defeat Shri Narendra Modi through conspiracy after repeatedly failing to defeat him in the court of the people. The conspiracy unfolded for years, taking various forms and on different forums, taking even foreign lands under its ambit, but truth prevailed everywhere. The testing times, which dragged on for years, were borne with unparalleled patience, extremely graceful conduct, indomitable courage, and indefatigable spirit, exuding firm belief in democracy while getting energy from the boundless love and affection of the people. The nation is feeling proud of Shri Narendra Modi today, even more than before.

While Shri Narendra Modi had immense respect for the constitution, the law of the land, the democratic system, judicial process, and judicial system of the country throughout these years of conspiracy, the Congress has shown utter disregard for these defining features of Indian democracy. The kind of drama enacted in the name of protest on the streets of Delhi when the current Congress president and a former president of the party were summoned by ED speaks volumes of its disregard for the law of the land. Not only this, the Congress and its leaders have been continuously attacking the constitutional institutions, the judiciary, the elections commission and any other agency which refuses to oblige or be pressured by it. In fact, even after being repeatedly rejected by the people, the Congress leaders seem to consider India as their fiefdom, and their faith in dynastic politics makes them keep their first family above the law of the land. The democratic spirit of the nation now firmly stands against the dynastic politics of Congress. As the Supreme Court has directed the legal machinery to proceed stringently against the conspirators against the Prime Minister, Congress and its gang of conspirators can no longer escape the long arms of the law.