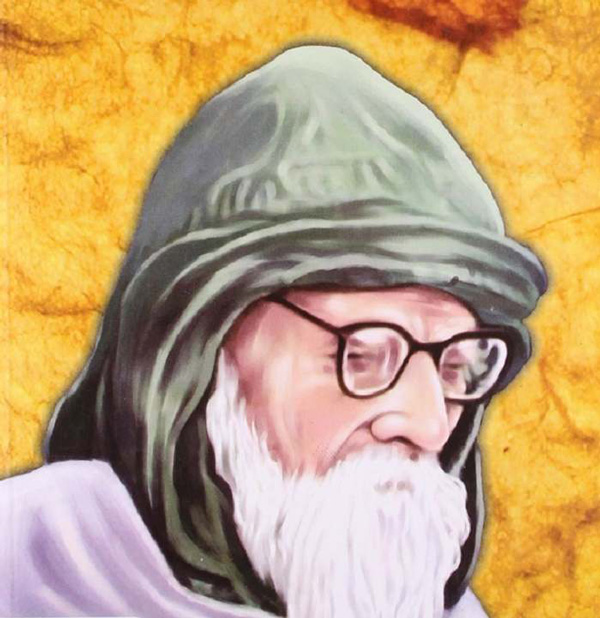 Vinayak Narahari “Vinoba” Bhave born on 11 September 1895 was an Indian advocate of nonviolence and human rights. Often called Acharya, he is best known for the Bhoodan Movement. He is considered as a National Teacher of India and the spiritual successor of Mohandas Gandhi. He was the first person to be selected as a Satyagraha.

Born Vinayak Narahari Bhave, at Gagode in Kolaba district, Maharashtra on 11 September, 1895, he was the eldest son of Narahari Shambhu Rao and Rukmini Devi. He had four other siblings, three brothers and one sister. His mother Rukmini Devi was a very religious person and instilled in Vinoba a deep sense of spiritualism. As a student Vinoba was quite fond of mathematics. He also developed a spiritual conscience quite early having studied the Bhagavad Gita under the tutelage of his grandfather.

Although a good student, traditional education never really appealed to Vinoba. He considered renouncing social life and head out to the Himalayas. On other days, he considered joining the Indian independence struggle. He started travelling the length of the country, learning regional languages along with knowledge of scriptures and Sanskrit. He ended up in the holy city of Banaras, where he came across a piece on Mahatma Gandhi, specifically about a speech he gave at the Banaras Hindu University. The course of his life was altered after he read it. He burned his entire school and college certificate on his way to Mumbai in 1916, to appear for the intermediate examination. He started corresponding with Gandhi, who being impressed with the 20-year-old Vinoba invited him to Kochrab Ashram in Ahmedabad. Vinoba met Gandhi on June 7, 1916 and took resident at the Ashram. He dutifully participated in all the activities at the ashram, leading an austere and sparse life. He eventually dedicated his life towards various programs designed by Gandhi like the Khadi Andolan, teaching, etc. The name Vinoba (a traditional Marathi epithet signifying great respect) was conferred upon him by Mama Phadke, another member of the Ashram.

Under the influence of Mahatma Gandhi, Vinoba also got involved in the Indian freedom struggle. He took part in programs of non-cooperation and especially the call for use of Swadeshi goods instead of foreign imports. He took up the spinning wheel churning out Khadi and urged others to do so, resulting in mass production of the fabric.

In 1932, accusing Vinoba Bhave of conspiring against the British rule, the government sent him to jail for six months to Dhulia. There, he explained the fellow prisoners the different subjects of ‘Bhagwad Gita’, in Marathi. All the lectures given by him on Gita in Dhulia jail were collected and later published as a book.

Till 1940, Vinoba Bhave was known only to the people around him. Mahatma Gandhi, on 5 October, 1940, introduced Bhave to the nation by issuing a statement. He was also chosen as the first Individual Satyagrahi (an Individual standing up for Truth instead of a collective action) by Gandhi himself.

In 1951, Vinoba Bhave started his peace-trek on foot through the violence-torn region of Telangana. On April 18, 1951, the Harijans of the Pochampalli village requested him to provide them with around 80 acres of land to make a living. Vinoba asked the landlords of the village to come forward and save the Harijans. To everybody’s surprise, a landlord got up and offered the required land. This incident added a new chapter in the history of sacrifices and non-violence. It was the beginning of the Bhoodan (Gift of the Land) movement. The movement continued for thirteen years and Vinoba toured the length and breadth of the country, a total distance of 58741 Km. He was successful in collecting around 4.4 million acres of land, of which around 1.3 million was distributed among poor landless farmers. The movement attracted admiration from all over the world and was commended for being the only experiment of his kind to incite voluntary social justice.

Vinoba was greatly influenced by the Bhagvad Gita and his thoughts and efforts were based upon the doctrines of the Holy Book. He set up a number of Ashrams to promote a simple way of life, devoid of luxuries that took away one’s focus from the Divine. He established the Brahma Vidya Mandir in 1959, a small community for women, aiming at self-sufficiency on the lines of Mahatma Gandhi’s teachings. He took a strong stand on cow slaughter and declared to go on fast until it was banned in India.

Vinoba spent the later part of his life at his Brahma Vidya Mandir ashram in Paunar in Wardha district of Maharashtra. He died on 15 November 1982 after refusing food and medicine for a few days by accepting “Samadhi Maran” / “Santhara” as described in Jainism.