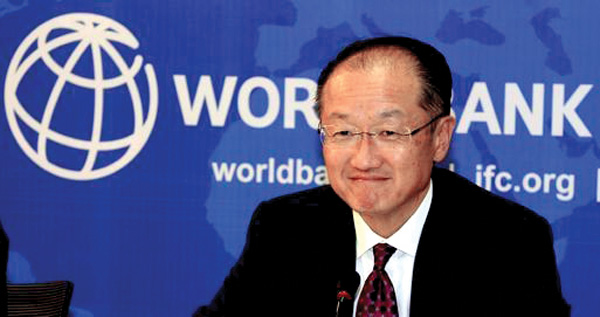 World Bank President Jim Yong Kim on 12 October, 2017 lauded reforms by Prime Minister Shri Narendra Modi and indicated it would be reflected in India’s ranking in the Ease of Doing Business report. “Prime Minister Modi took a very different approach to the Doing Business report and took substantial reforms. We are very encouraged by this,” he said in response to a question by BusinessLine.

While declining to give a policy prescription for India as the “government has already prioritized its agenda”, Kim said that economic growth in the medium and long term will reflect the progress from the reforms.

He said that GST will be good for Indian economy. “Companies are waiting for it to stabilize before taking more action on investments and expansion,” he said. “India has been talking about GST for a long time,” he noted, adding that the GST will boost growth as it will cut down delays in truck movement and integrate the country into a national market.

Addressing a press conference at the launch of the Annual Meetings of the World Bank and International Monetary Fund, Kim said the global economy is picking up and trade is also increasing but private investment remains weak.