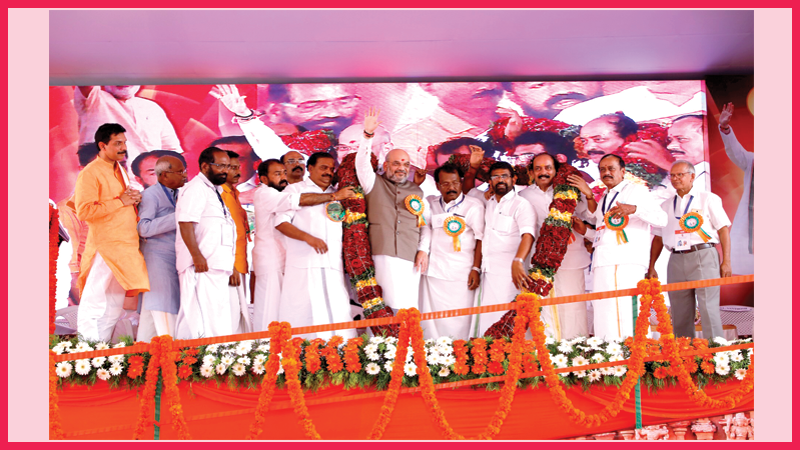 BJP National President Shri Amit Shah arrived in Kannur on 26 October, 2018 for a day’s visit to Kerala. Shri Shah was the first passenger who landed at the new Kannur International Airport, which will be inaugurated on December 09. During this visit the BJP President inaugurated party’s district office in Kannur and visited the house of slain BJP Karyakarta Remith in Pinarayi.

Later he travelled to Thiruvananthapuram where he took part in a function at Varkala, being organised by the Bharat Dharma Jana Sena, a prominent partner of the NDA in Kerala. In Thiruvananthapuram he met with various BJP and Sangh leaders of the State.

The party President’s visit coincided with the prevailing unrest around the Sabarimala hill shrine following the turmoil as the state government forcefully allowed access to women of other religions and atheists to the shrine. The BJP had strongly protested the rounding up of activists, which has crossed 2,800. ‘Court order must be implemented keeping people’s sentiments in mind’

Addressing a rally in Kannur, Bharatiya Janata Party National President Shri Amit Shah said the Kerala government is trying to destroy the Sabarimala temple by suppressing the agitation of devotees of Lord Ayyappa. He said the BJP fully supports the protests that are being organised against the state government’s cruelty inflicted on protestors at the Sabarimala temple. “Today in Kerala, a struggle is going on between religious beliefs and state government’s cruelty. More than 2,000 activists and workers from BJP, RSS and other organizations have been arrested. BJP is standing like a rock with devotees,” Shri Shah said.

Criticizing the Kerala Chief Minister Vijayan, Shri Amit Shah said the efforts by the Kerala government to suppress the agitation of the devotees of Lord Ayyappa amounts to “playing with fire”.

He said, “The chief minister must stop the brutality in the name of implementing the Supreme Court verdict”. The BJP President said that even women in the state were against the government’s move to implement the top court’s order.

Shri Shah accused the Left government in Kerala of trying to destroy Hindu traditions at Sabarimala temple. He said the BJP will not allow the CPI(M) government to gamble with Hindu faith.

“There is no restriction for women to offer prayers in any other Ayyappa temple…The uniqueness of the Sabarimala shrine has to be protected,” Shri Shah said. He said the state government is conspiring against Hindu temples, adding that it has created an emergency-like situation in Kerala.

Speaking on the implementation of the Supreme Court verdict, Shri Amit Shah said in the past, the state government has not implemented several court orders. He said the court’s order on Sabarimala temple should be implemented by “respecting the sentiments of devotees”.

“I warn Kerala’s communist chief minister, don’t oppress devotees in the name of implementing the Supreme Court judgment,” he said, terming the protests as “aastha ke liye sangharsh (struggle to save tradition)”. 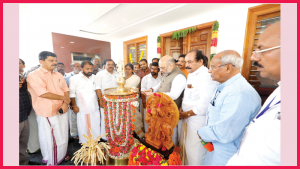 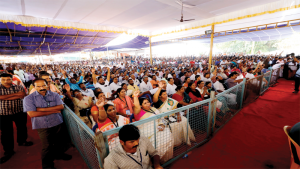 He also alleged that the crackdown by the police is part of “a communist plot against temples”. “We want to assure the people of Kerala that the BJP will stand like a rock in support of your sentiment. We will always be there for the people of Kerala and the devotees of Lord Ayyappa,” he said.

Meanwhile, Kerala had witnessed massive protests from devotees at various places, including Sabarimala, Nilakkal and Pamba, against permitting women of all ages to enter the shrine, where the deity is ‘Naishtika Brahmachari’ (perennial celibate), when the temple was opened for monthly poojas from October 17-22.
At least 12 women from different other religions and left activists in the ‘barred’ age group of 10 to 50 had tried to trek the hills to offer prayers but had to retreat following widespread protests by the Lord Ayyappa devotees.

Across the state, 2,825 people have been arrested after the Chief Minister ordered a crackdown on those defying the Supreme Court order on the entry of women in the Sabarimala temple. A total of 495 cases have been registered. Most of the people arrested are Lord Ayyappa devotees and activists of various organizations, including BJP and RSS”.

The BJP had strongly protested the rounding up of activists, which has crossed 2,800. The police action has also earned the wrath of the Kerala High Court which warned the government against ‘playing to the gallery.’ The court has sought explanation from the government over ‘arrests of innocent persons’ as alleged in a petition. The arrests must be made only after confirming the culpability of the person and correctly identifying him. The state government has also been directed to furnish an explanation, subsequent to which the petition will be taken up for consideration again.