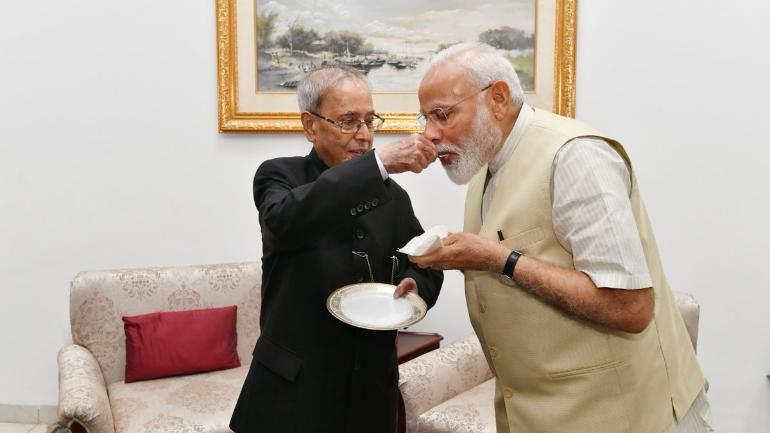 Sharing the pictures on Twitter, Modi wrote, “Meeting Pranab Da is always an enriching experience. His knowledge and insights are unparalleled. He is a statesman who has made an indelible contribution to our nation. Sought his blessings during our meeting today.”

Shri Pranab Mukherjee served as President from 2012 to 2017. In January this year, the NDA government conferred on him the highest civilian award Bharat Ratna.