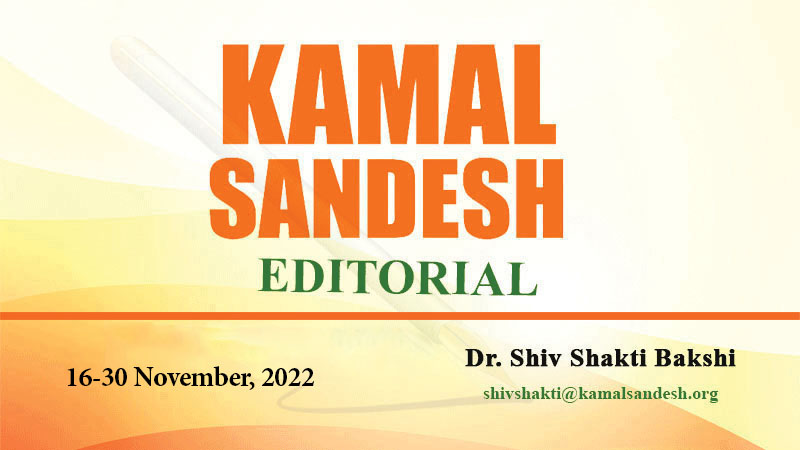 The overwhelming support of the people for the BJP from across the state can be seen more clearly with the announcement of the dates of elections for the Gujarat assembly. The fact that people coming in large numbers to attend the rallies of Prime Minister Shri Narendra Modi signifies that the BJP is all set to sweep the elections with even bigger numbers this time. The journey of the BJP in the state is the saga of the emergence of Gujarat as a leading state in the country. As Gujarat continued to scale new heights under the BJP governments, the people increasingly reposed their faith by showering their blessings repeatedly in every election. It was under the strong and visionary leadership of Shri Narendra Modi as chief minister that the state created new records in various developmental parameters and ignited new aspirations for progress, growth, and development for the entire country. The ‘Gujarat Model’ became an ideal for the other states to emulate and an inspiration for building a ‘New India’. The emergence of Gujarat gave new confidence to the country to keep dreaming higher and higher and to realise those dreams with hard work, commitment, and dedication.

In Himachal Pradesh, the BJP has released its ‘Sankalpa Patra’ which includes 11 commitments of the party to the people of the state to further intensify the pace of development, growth, and progress. While committing itself to implement the Common Civil Code in the state, the ‘Mukhyamantri Annadata Samman Nidhi’ promises an annual amount of Rs. 3,000 to small farmers in the state, which is in addition to the sum of Rs. 6,000 given under ‘PM Kisan Samman Nidhi’ by the Modi government. The ‘Sankalpa Patra’ also commits itself to creating more job opportunities for the youth while starting five new medical colleges in Himachal. The BJP has also committed itself to connecting every village with a pucca road and limiting GST on packaging materials for apples, thus benefiting apple farmers in the state. It is to be noted that in the last five years, the BJP government led by Chief Minister Shri Jairam Thakur has not only given political stability to the state but also brought a new dawn of development under the inspirational leadership of Prime Minister Shri Narendra Modi.

In another innovative initiative, the Himachal Pradesh BJP has also released ‘Stri Sankalp Patra’ emphasising the special focus of Prime Minister Shri Narendra Modi on the empowerment of women in society. Like ‘Sankalp Patra’, it also gives 11 commitments for the overall development and empowerment of women in the state. There commitments include increasing financial aid to girls from BPL families from Rs. 31,000 to Rs. 51,000 under the “Muakhyamantri Shagun Yojana” and providing free bicycles to all girls in grades sixth to eighth, as well as scooty to girls enrolled in higher education. One of the major initiatives is to provide monetary aid of Rs. 25,000 to all pregnant women, ensuring their good health along with that of their newborn babies. The ‘Devi Annapurna Yojana’ will provide three gas cylinders free of cost annually to poor families and further empower the poor women in the state. A monthly scholarship of Rs. 2500 for the top 5000 girl students passing class 12 exams for their graduation studies, as well as 33% reservation in government jobs and educational institutions, will undoubtedly empower women in the coming years.

The “double engine” governments in various states have multiplier effects on the progress, growth, and development of the people. As the country soars to new heights under Prime Minister Shri Narendra Modi’s charismatic and dynamic leadership, the BJP is credited with ushering in an era of performance and development politics in the country. As Himachal Pradesh and Gujarat go to the polls, people are set to vote overwhelmingly for “double engine” governments in these states.